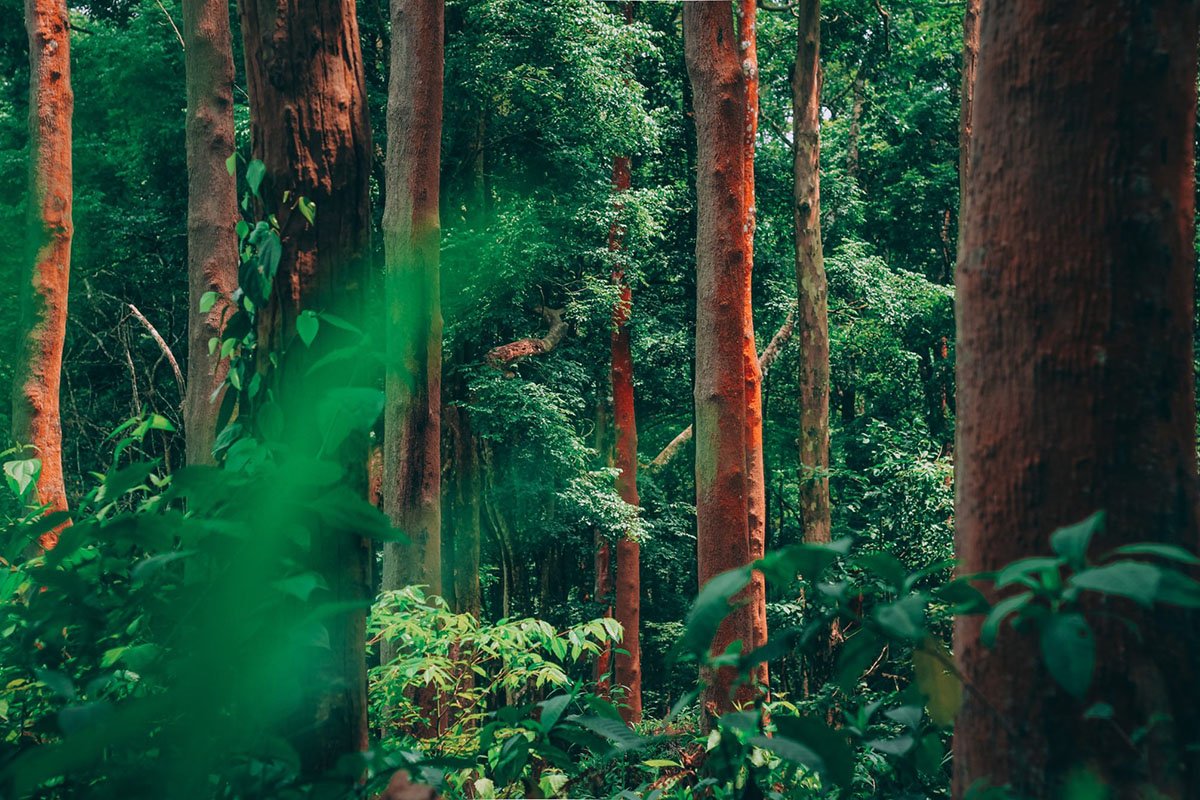 “Destroying rainforest for economic gain is like burning a Renaissance painting to cook a meal” — Dr. E.O. Wilson, conservationist and biologist

The invaluable, irreplaceable Amazon rainforest is still on fire. Though already old news for mainstream media outlets, the environmental catastrophe is still unfolding. And this is far from a local issue: the rainforest plays an essential role in the ecosystem of the whole planet. It’s also home for many remarkably diverse indigenous populations, to whose culture and heritage maintaining this biodiversity paradise is integral.

This year, fires have ravaged forests the world over; from the unprecedented fires in the northern hemisphere – Siberia, Alaska, Canada – to those in Africa, California, and Australia. While naturally-occuring annual wildfires are normal, this year saw fires that were harder to control, affecting larger areas, and lasting significantly longer due to warmer conditions.

In the Amazon rainforest, though coming about spontaneously (albeit due to increasing temperatures caused by climate change), these wildfires have been further exacerbated by human activity, and on such a scale that, shockingly, could be seen from space by NASA satellites.

In August 2019, the Intergovernmental Panel on Climate Change made public a report on climate and land emphasising the importance of land and vegetation as climate mitigation tools. All forests are crucial carbon sinks, sucking carbon dioxide from the atmosphere and locking it away. The rainforests are instrumental in tackling the climate crisis, as are the wisdom and lives of the indigenous populations looking after them.

Let’s take a closer look at the causes of this disaster, what it means for the planet, and what we can all do to prevent it from recurring on this scale.

Why is the rainforest burning?

There have been approximately 74,000 fires in the Brazilian Amazon since the beginning of 2019 – an 84% increase in wildfires over the same period last year, according to Brazil’s National Institute for Space Research (INPE), a science agency monitoring Amazon deforestation. Its head, Ricardo Galvão, was fired after revealing this data.

This abnormally accelerated deforestation is linked to the current Brazilian government, on whose territory most of the fires are occuring. These uncontrollable fires are typically caused by illegal deforestation, but this isn’t formally criminalised by the current administration. Earlier this year, the right-wing President of Brazil, Jair Bolsonaro, even “issued an open invitation to loggers and farmers to clear the land”, prompting Marina Silva, the country’s former environment minister, to declare the fires a crime against humanity.

Analysis by the Union of Concerned Scientists (UCS) shows that just four commodities – beef, soybeans, palm oil, and wood products – are responsible for the majority of tropical deforestation.

Land for agriculture is usually cleared with fire, while more than three quarters of deforestation in the Amazon is the result of unsustainable cattle ranching or soy production. Vast areas of Amazonian rainforest have been and are being converted from extraordinarily diverse native ecosystems into farmed soy monocultures, mainly used in feedlots to sustain intensely-farmed livestock.

Brazil is one of the world’s largest beef exporters (which it would be possible to produce without deforestation); their main clients are often international fast food chains serving hamburgers or processed beef products.

The rainforest plays a crucial role in stabilising the Earth’s climate, acting as so much more than just a carbon sink.

For instance, the Amazon generates approximately half of its own rainfall. If approximately 40% of the region were deforested, central, southern, and eastern Amazonia would experience diminished rainfall and a lengthier dry season.

Droughts are made more severe by both climate change and deforestation (which in turn produces heat-trapping gas emissions that drive further climate change).

“Since the 1970s nearly 800,000km² of Brazil’s original 4m km² (1.5m square miles) of Amazon forest has been lost to logging, farming, mining, roads, dams and other forms of development—an area equivalent to that of Turkey, and bigger than that of Texas. Over the same period, the average temperature in the basin has risen by about 0.6°C. This century, the region has suffered a series of severe droughts” – The Economist

Further reading: ‘The Amazon Rainforest is Nearly Gone’ – powerful reporting in Time magazine on the Amazon rainforest’s future and its looming tipping point: “If things continue as they are now, the Amazon might not exist at all within a few generations, with dire consequences for all life on earth.”

Why should we care about the Amazon rainforest?

If you paid attention in Geography class, you already know that the Amazon is the world’s largest rainforest – consisting of over one third of the world’s (remaining) rainforest.

Despite only covering 1% of the planet’s surface, the Amazon basin is home, staggeringly, to 3 million species of plants and animals. That’s more than 10% of the known species on earth! As such, it’s far, far more than just a carbon sink for the convenience of the human species.

But the rainforest is also an irreplaceable life-sustaining ecosystem for its local human communities. Even if new trees are planted, it’s almost impossible to restore a damaged ecosystem that developed over inconceivable spans of time.

Nearly 400 distinct indigenous peoples depend on the Amazon rainforest

The Brazilian Amazon alone is home to one million indigenous people. With their non-industrialised lifestyles, these populations depend on the rainforest for both their physical and cultural survival, and in the process they act as stewards for the rainforest, on our behalf. These people are in the front line against soy producers, ranchers, and illegal logging interests, who often use violence to displace them from their ancestral lands.

You can: Support the rainforest’s indigenous populations with Amazon Watch and Earth Alliance. You can donate to the emergency Amazon Forest Fund focused on critical resources for indigenous communities and other local partners.

At current rates of deforestation, nearly half of the Amazon could be lost or severely degraded by the year 2020. Scientists estimate that, due to deforestation, we are nearing the tipping point at which the Amazon can no longer function as a carbon sink. Over the past couple of decades, 20% of the Amazon has been destroyed.

Experts warn that if 40% of the Amazon’s tropical rainforest disappears, the region may “undergo irreversible changes that transform the landscape into degraded savanna [sic] with sparse, shrubby plant cover and low biodiversity”.

You can: Protect an acre of rainforest through the Rainforest Action Network (which preserves forests, protects the climate, and upholds human rights by challenging corporate power and systemic injustice through frontline partnerships and strategic campaigns).

Their Protect-an-Acre program has distributed grants in excess of one million dollars to more than 150 frontline communities, indigenous-led and ally organisations, helping their efforts to secure protection for millions of acres of traditional territory in forests around the world.

Forests of all kinds are the most effective and low-cost way to capture carbon dioxide. While planting new trees is essential (considering we’ve already logged around three trillion trees), we’re also spewing greenhouse gases into the air at an unprecedented rate – so looking after existing fully-grown forests is even more vital.

This is an emergency, and we don’t have decades to wait for trees to become fully functional at absorbing carbon; arresting the deforestation of old forests should be seen just as important as planting new trees – if not more so, given their existing roles as wild habitats.

Tropical deforestation accounts for up to 15% of net global carbon emissions each year. When burned, trees release the carbon stored within them back into the atmosphere. It is estimated that the trees in the Amazon contain up to 140 billion tonnes of carbon. That’s the equivalent of the vast quantity humans would take 100 years to produce.

Other things you can do:

Keep an eye on local forests

Get involved or support relevant organisations