Many of us in the West know by now that air pollution is a global public health emergency: the images of the deadly smogs that descend on cities all over the world, from Beijing to Delhi to Mexico City, are hard to overlook.

But we also tend to reassure ourselves that the situation isn’t so bad here: if you live in London, although you’ll know in the back of your mind that the air you’re breathing can’t be healthy, it won’t be something that preoccupies you on a stroll through the park on a sunny day.

But air pollution should concern us all: there is no safe level of air pollution, and nine out of ten people in the world are breathing polluted air. Pollution levels in London are outright illegal, but you shouldn’t feel safe if you live in the countryside: some pollutants, like ozone, accumulate outside cities, and clouds of pollution can travel cross-country, even cross-continent. It’s a truly global issue.

What are the health effects of air pollution?

But evidence is emerging of the damage air pollution does to every part of the body, from the brain (where it’s been linked to dementia, as well as “huge” reductions in intelligence) to the skin, which it may age prematurely.

It’s especially damaging at every stage of reproduction: it seems to reduce female fertility and increase the risk of miscarriage; once a baby is born, air pollution can cause a low birth weight, which carries lifelong consequences for the child. As children grow, pollution affects both their physical development (by stunting their lungs, for example) and their mental development, like their ability to concentrate.

All in all, the World Health Organization estimates that air pollution causes seven million premature deaths each year: the second leading non-communicable cause of death after tobacco smoking.

What are the main air pollutants?

Air pollution comes from a few main sources: industry (particularly coal power plants), agriculture (from animal waste and fertiliser), waste (from burning it, and organics in landfill) and households (more on that later).

But the majority of pollution that you’ll encounter in daily life will probably come from transport. Pollutants emitted by vehicles are:

These are a group of compounds of nitrogen and oxygen which contribute to smogs and acid rain. The most common, and hazardous, are nitric oxide and nitrogen dioxide.

Particulate matter isn’t one substance. It’s an umbrella term for bits of material—anything from exhaust emissions and worn tyre parts to sea spray and Saharan dust—which are categorised by size of particle.

PM10 particles are 10µm (micrometres) or less in diameter. They may be large enough to be seen with the naked eye, like dust and smoke.

PM2.5 particles, or fine particles, have a diameter of less than 2.5µm: 30 times smaller than a strand of hair. They’re the most dangerous kind of particulate matter, because they can penetrate more deeply into the body, and be abundant in what appears to be clean air.

This term refers to a wide variety of substances: they’re “volatile” because they easily turn into vapours or gases. They’re released from the burning of fossil fuels, but also many consumer products, like paints and cleaners.

The colourless, odourless, poisonous gas is formed from the incomplete carbon fuel combustion. It reduces the blood’s ability to carry oxygen to the body’s tissues, with low levels causing headaches, nausea, and an inability to think clearly.

We usually think of ozone—the layer in the atmosphere that protects the earth from the sun’s UV rays—as something we want to protect. But we’re not used to encountering the gas at ground level, where it can cause breathing difficulties.

Ozone isn’t emitted directly by any vehicles; it’s formed in the air when pollutants react with sunlight. It builds up in cities causing smogs on hot summer days, but higher levels are usually found in the countryside and suburbs because the other pollutants in the city soak it up.

How to protect yourself from air pollution: and fight it too

Many of us accept that we should be cycling more and driving less: but the sight of city cyclists fighting their way through black clouds of exhaust fumes and thick traffic is enough to scare anyone off.

But, counterintuitively, air pollution is more harmful inside cars than outside them. This is because cars act as “boxes collecting toxic gases,” sucking in fumes from the vehicles around them and trapping them inside, where they become nine to twelve times more powerful. Studies suggest that the health benefits of cycling always outweigh the harms caused by breathing in pollution. And cycling just a short distance away from main roads can substantially reduce the amount of pollution you take in.

So ditch cars as much as possible, for your own health and for others’. If you do need to buy a new car, consider buying electric or hybrid, and check its emissions before you buy.

The level of air pollution in any given area depends on lots of complex factors: it’s not possible to tell how bad it is by sight alone. So check online before planning your day: official air quality websites include:

IQAir is a great, free pollution monitoring site, which is also available as an app. They provide data on air pollution levels all over the world, as well as weekly forecasts and live city pollution rankings.

Do masks work against air pollution?

Whether masks offer any protection against the coronavirus has become a fraught and confusing debate: the same is true when it comes to air pollution.

It seems clear that—against air pollution at least—surgical masks don’t work, because pollutants find their way in through the masks’ open sides. More sophisticated options are available, like N95 masks (so called because they’re supposed to filter out 95% of all PM2.5 particles). But studies suggest that, even with these masks, the key factor is how well they fit.

Curling up in front of a fire seems like an entirely wholesome pleasure. But just because it’s natural doesn’t mean it’s good for us: open fires and wood-burning stoves are the biggest source of fine particulate matter in the UK, more than double diesel exhaust! These particles don’t just harm you, but when they leave your chimney they drift off to harm others too.

By forgoing the comfort of a cosy, crackling hearth and heating our homes with renewable energy, we’re not only combatting particle pollution but also the sulfur dioxide that comes from fossil fuel power stations. It’s best to choose suppliers who generate their own energy rather than simply buying renewable energy certificates: for a full guide to ethical energy, see here.

Cut down the chemicals in your home

Along with fires, the hazardous chemicals in consumer products are another major source of indoor air pollution. But they aren’t just in strong substances like cleaners and paints: they’re also lurking in places you wouldn’t expect, like the 45kg of toxic flame retardants in every UK home.

Further reading: The toxic chemicals we’re exposed to every day (and how to avoid them)

Use an air quality monitor and purifier

Air quality monitors measure and show the level of common pollutants in your home, in real time: portable options are also available. The BBC has reviewed five different models here.

Air purifiers remove impurities like smoke and dust from your home. Many are effective, but not all live up to their promise. Make sure you buy one with a HEPA filter, which means the machine meets the standard of removing more than 99% of particles of 0.3µm.

As well as combatting climate change, trees can fight air pollution too: they trap pollutants like nitrogen oxides on their leaves, filtering them from the air.

But they have to be selected by specialists and placed very carefully: tall trees with thick canopies, for instance, can act like a roof, trapping pockets of polluted air at street level in congested areas. In the end, the focus should be on controlling traffic and encouraging public transport. Trees are mainly part of the solution, not the problem.

Fighting global air pollution obviously isn’t something that individuals can do alone. Governments urgently need to enact policies that research has shown to be most effective—and that are necessary to hit climate change targets anyway—like:

But despite such clear solutions, governments have been utterly negligent of the issue. The UK government has lost three court cases over its pollution policies, which were ruled unlawful in the high court in 2018 after London reached its legal yearly air pollution limit in just one month. Typically, the situation is even more absurd in the United States, where one of the Environmental Protection Agency’s scientific advisers argues that modern air is “too clean to be healthy.”

So, as always, the public need to put pressure on governments to hold them to account. There are plenty of great organisations working in the area: ClientEarth is the international group of environmental lawyers who defeated the UK government in court, and they offer resources for anyone interested in environmental justice, like these webinars.

On a more grassroots level, there’s groups like Moms Clean Air Force, who work in local chapters across the United States, and in Europe “Filter Café Filtré;” a group of parents who protest pollution by having coffee together in the middle of the street (they have a guide to how you can do the same here). You can also celebrate Clean Air Day on October 8th.

Many people—including leading international scientists, and the UN Environment Program—argue that clean air should be a fundamental human right. Because if it continues to be seen as optional policy objective, governments will continue to overlook, or allow, the toxic air that nine out of ten of us are breathing right now. So it’s up to us to demand change: for ourselves, for our children, and for the people all over the world for whom protest isn’t an option.

All images via Unsplash 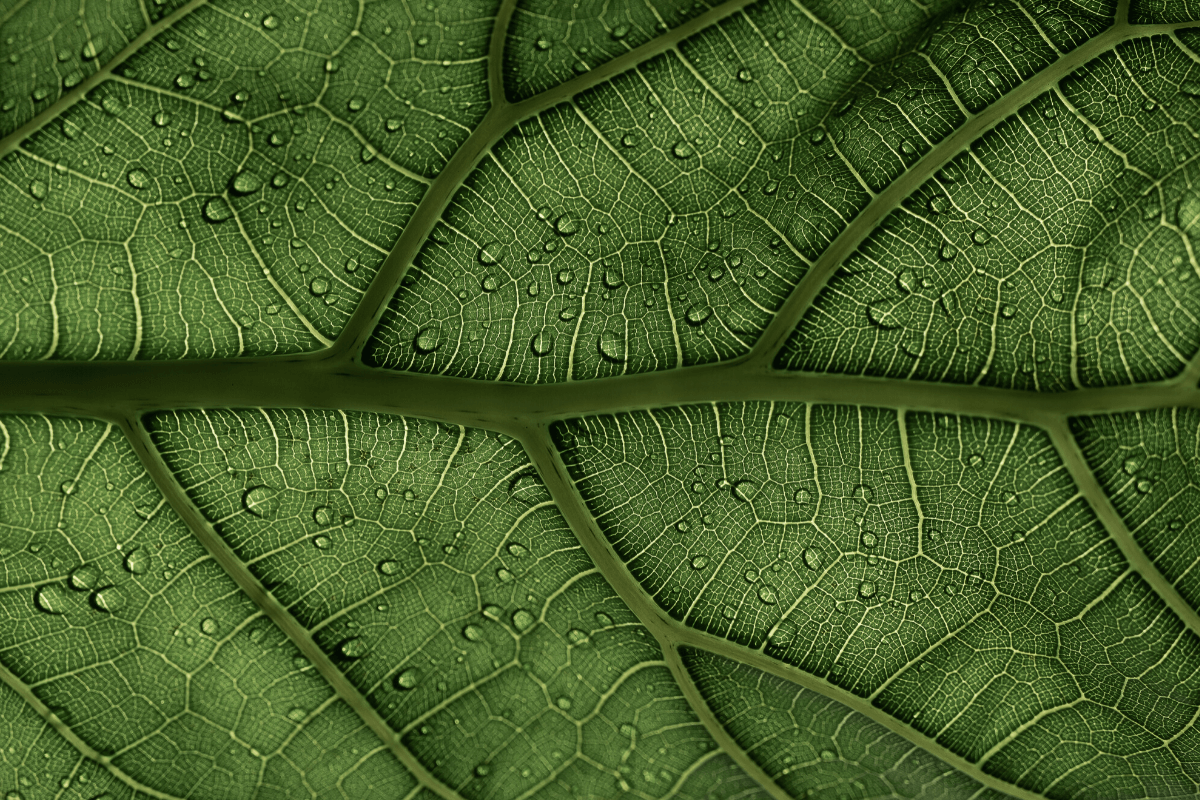 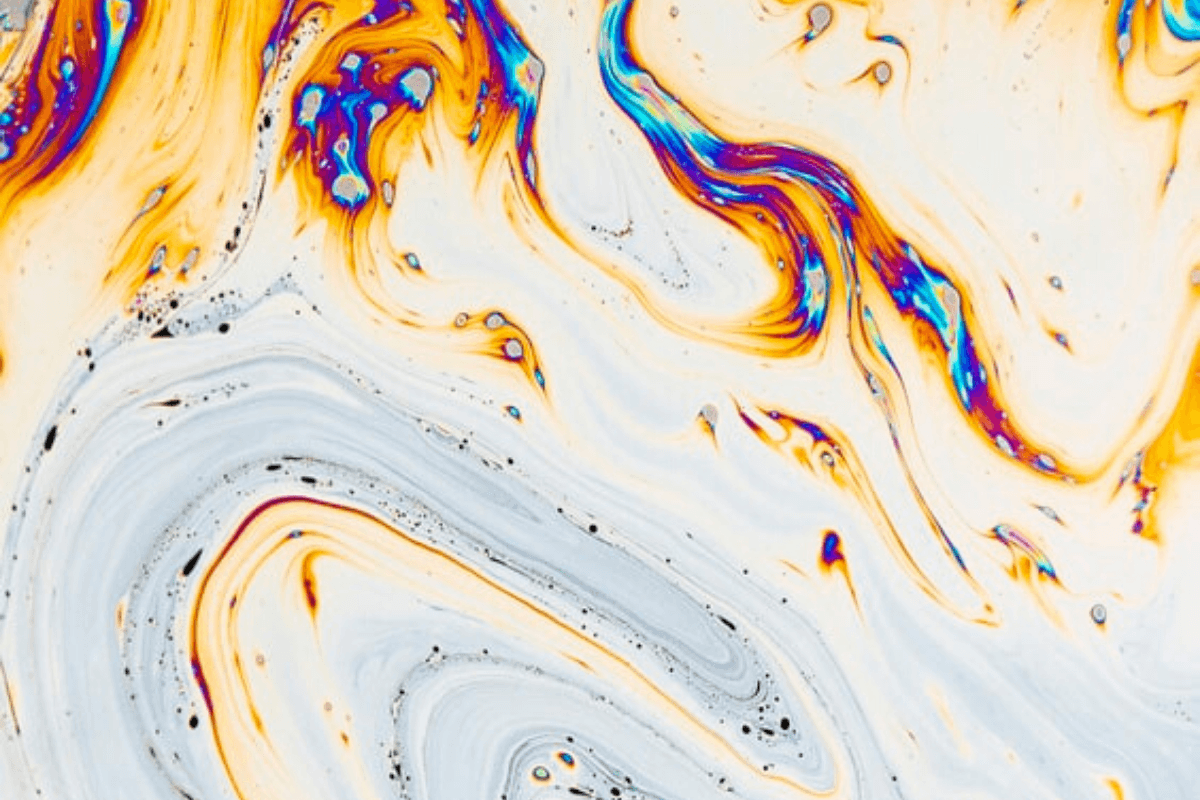