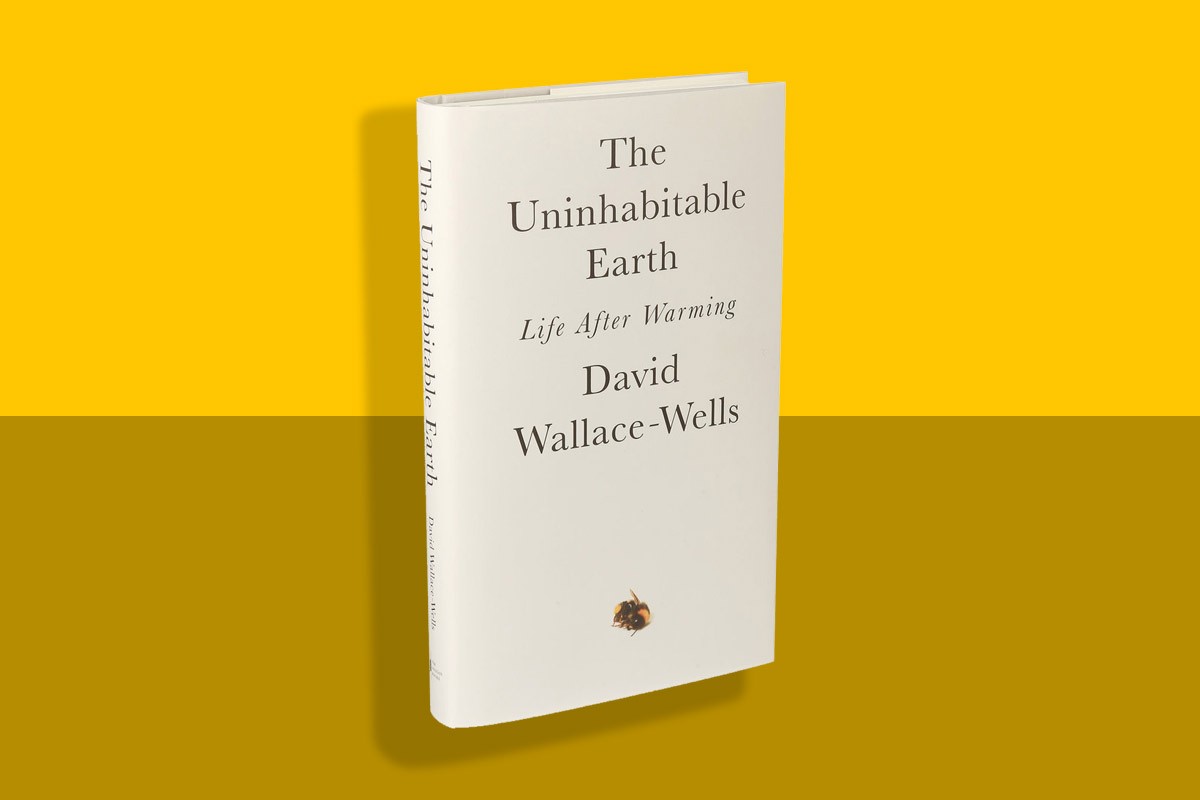 The alarm bells have been ringing for a while; at first sounded by well-meaning yet powerless scientists, then the activists chimed in, and more recently even the very young are joining the protests, marches, civil disobedience movements all around the world, and what they’re saying is that, had society started acting earlier, there would still be a chance we could have saved the species’ future. The alarm bells from a generation ago have become a desperate cry now, as is David Wallace-Wells‘ recent book, The Uninhabitable Earth: Life After Warming.

Wallace-Wells has been following closely the effects of global warming and the book presents itself as a collection of terrifying imagination exercises, all based on what scientists know now, on why we should all be alarmed:

“A few years ago, I began collecting stories of climate change, many of them terrifying, gripping, uncanny narratives, with even the most small-scale sagas playing like fables: a group of Arctic scientists trapped when melting ice isolated their research center, on an island populated also by a group of polar bears; a Russian boy killed by anthrax released from a thawing reindeer carcass, which had been trapped in permafrost for many decades. At first, it seemed the news was inventing a new genre of allegory. But of course climate change is not an allegory.”

Veering from one pessimistic scenario to another, with the occasional respite, David Wallace-Wells is urging us to accept that global warming is shaping our daily reality and that unless we change our ways, we’re aggressively contributing to a worsening of circumstances. The consequences of our habits are impacting the air, the soil, the waters, the living, and the dead.

Of the four chapters of the book, the second one is by far the most grim and the one to remember: similarly to the Old Testament narrative of the ten plagues that befell Egypt, Wallace-Wells presents 12 disasters that are going to happen in the next 80 years due to our own negligence and inability to organise ourselves to foster a sustainable lifestyle.

From excessive heat to lack of resources such as food, water or agrarian land, from melting of the Arctic to spreading wildfires, from unbreathable air to dying oceans and mass migration, the ecosystem trying to regulate itself will cause an oppressive strain on currently developing countries and an even greater one on the developed ones, where even though resources will still abound and the climate will be less affected than in the Global South, there is little proof that there is solid experience or know-how in coping with mass migration or redistribution of goods. If the Syrian conflict and its aftermath is anything to go by, the West is not prepared, politically, physically, or even emotionally to cope with the kind of migrations global warming will beget.

Worse even than each plague are the feedback loops enabled by the intertwined effects of a warming planet:

“A warming planet leads to melting Arctic ice, which means less sunlight reflected back to the sun and more absorbed by a planet warming faster still, which means an ocean less able to absorb atmospheric carbon and so a planet warming faster still. A warming planet will also melt Arctic permafrost, which contains 1.8 trillion tons of carbon, more than twice as much as is currently suspended in the earth’s atmosphere, and some of which, when it thaws and is released, may evaporate as methane, which is thirty-four times as powerful a greenhouse-gas warming blanket as carbon dioxide when judged on the timescale of a century; when judged on the timescale of two decades, it is eighty-six times as powerful. A hotter planet is, on net, bad for plant life, which means what is called “forest dieback”—the decline and retreat of jungle basins as big as countries and woods that sprawl for so many miles they used to contain whole folklores—which means a dramatic stripping-back of the planet’s natural ability to absorb carbon and turn it into oxygen, which means still hotter temperatures, which means more dieback, and so on. Higher temperatures means more forest fires means fewer trees means less carbon absorption, means more carbon in the atmosphere, means a hotter planet still—and so on”.

Wallace-Wells describes every plague in detail, as if to bring home the seriousness of what it is to come, as if to introduce an emotional element into the narrative, to counterbalance the heavy science that few people respond to, but also because resorting only to science enables some critics to fairly point out the uncertainty of both the science and of the response to it:

“But what does that science say? It is complicated research, because it is built on two layers of uncertainty: what humans will do, mostly in terms of emitting greenhouse gases, and how the climate will respond, both through straightforward heating and a variety of more complicated, and sometimes contradictory, feedback loops. But even shaded by those uncertainty bars it is also very clear research, in fact terrifyingly clear.”

To those critics who are still doubting the scientific projections (and who are today outnumbered by those who don’t doubt the reality of climate change) and would rather dwell on the potential that they might be partially wrong, we can already point out that climate breakdown is happening now, you just need to put into context the increasing numbers of floodings in Asia, the internally displaced people in Bangladesh, the record-setting hurricanes, drought and wildfire in United States, the heat waves almost everywhere on the planet, to name just a few examples. The author himself is not always confident enough to replace “global warming will produce etc” with “global warming is already producing this and that”, but to insist on this argument is to ignore the ever changing patterns of what we wrongly call “the weather”.

And to take the argument more seriously it is no longer enough to declare Yes, I believe climate change is real. What is being asked of us is to bear witness and with it, to shift the narrative in such a way that we’re no longer the remote storyteller, telling the story of an evil Armageddon that befell the earth one unexpected day. In all our fictional stories about the end of the world, the one who inflicts the end is never us; it’s a comet; it’s a vindictive God; it’s the aliens; sometimes we don’t even know what it is, and the book The Road walks this fine line – could it be another unspecified being, or could it be us? We can no longer remove ourselves from the complex system that is the planet we live on.

We tend to display a great amount of empathy for a centuries old building in France as we see it burning on all our screens, and we’re made to feel an irreplaceable loss and perhaps this is the tragedy, we’re only able to set ourselves in motion only when the loss is staring us back.

Wallace-Wells is of course taking into account the range of biases which may be blinding us, among them the confirmation bias, the bystander effect, the status quo bias, the illusion control and overconfidence, especially in the technology that we will build to guard us. But technology itself can do only so much if there is no shift in our culture in order to pay the cost that is required:

“The cost is large: a decarbonized economy, a perfectly renewable energy system, a reimagined system of agriculture, and perhaps even a meatless planet. In 2018, the IPCC compared the necessary transformation to the mobilization of World War II, but global. It took New York City forty-five years to build three new stops on a single subway line; the threat of catastrophic climate change means we need to entirely rebuild the world’s infrastructure in considerably less time.”

The main point that Wallace-Wells is making from page one all the way to the last is that it is our responsibility, individual and collective, to take part in a complete overhaul of how we live now and how we should live in the future, given that we have already imagined solutions to the problems we’re facing:

“We just haven’t yet discovered the political will, economic might, and cultural flexibility to install and activate them, because doing so requires something a lot bigger, and more concrete, than imagination—it means nothing short of a complete overhaul of the world’s energy systems, transportation, infrastructure and industry and agriculture. Not to mention, say, our diets or our taste for Bitcoin.”

What he is advocating for is more political effort and more collaboration on a global scale, because unfortunately, individual actions will not take us far enough fast enough; not to belittle individual efforts in lowering carbon emissions, but the book wouldn’t start with the sentence “It is worse, much worse, than you think” if that was enough. What may be paralyzing us into inaction is down to our inability to deal with the unknown and the fear resulting from it, given how grand the scope of our future actions should be:

“There is also the need to get to zero emissions from all other sources—deforestation, agriculture, livestock, landfills. And the need to protect all human systems from the coming onslaught of natural disasters and extreme weather. And the need to erect a system of global government, or at least international cooperation, to coordinate such a project.”

Some readers, like myself, might be left wanting for more detailed and pragmatic ways of getting to zero emissions or acting on a small scale to engineer a less detrimental life-style. But then again, I feel like the book is already achieving a large enough duty, to induce a raw emotion of panic in its readers, combined with an urgency to ask of every government and business mitigating plans now. While I knew about some of the alarming science, I dread the impact of every incremental change a lot more now, as each and one of them has the potential to influence the politics of everyday life. And sentimental as it may sound, we have to encourage one another to re-evaluate our mindset on what a high standard of living is, if what we have been doing so far is suffocating the future generations. 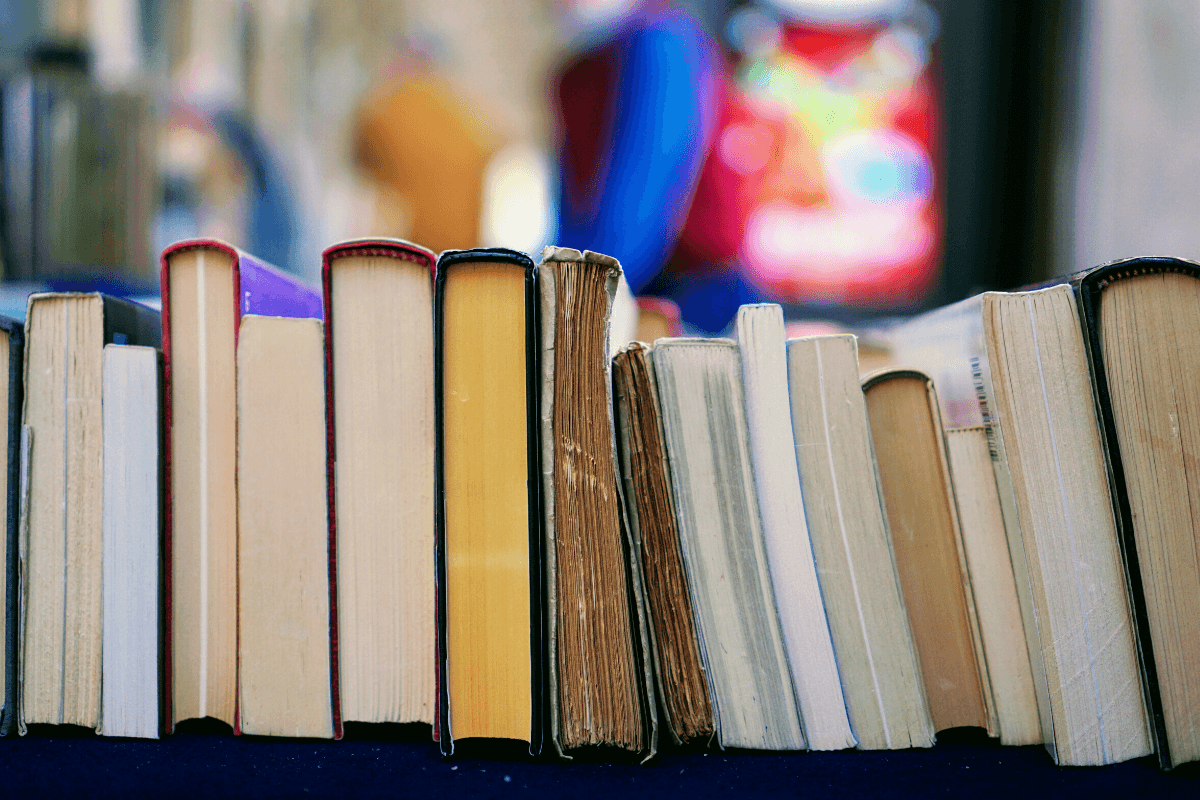 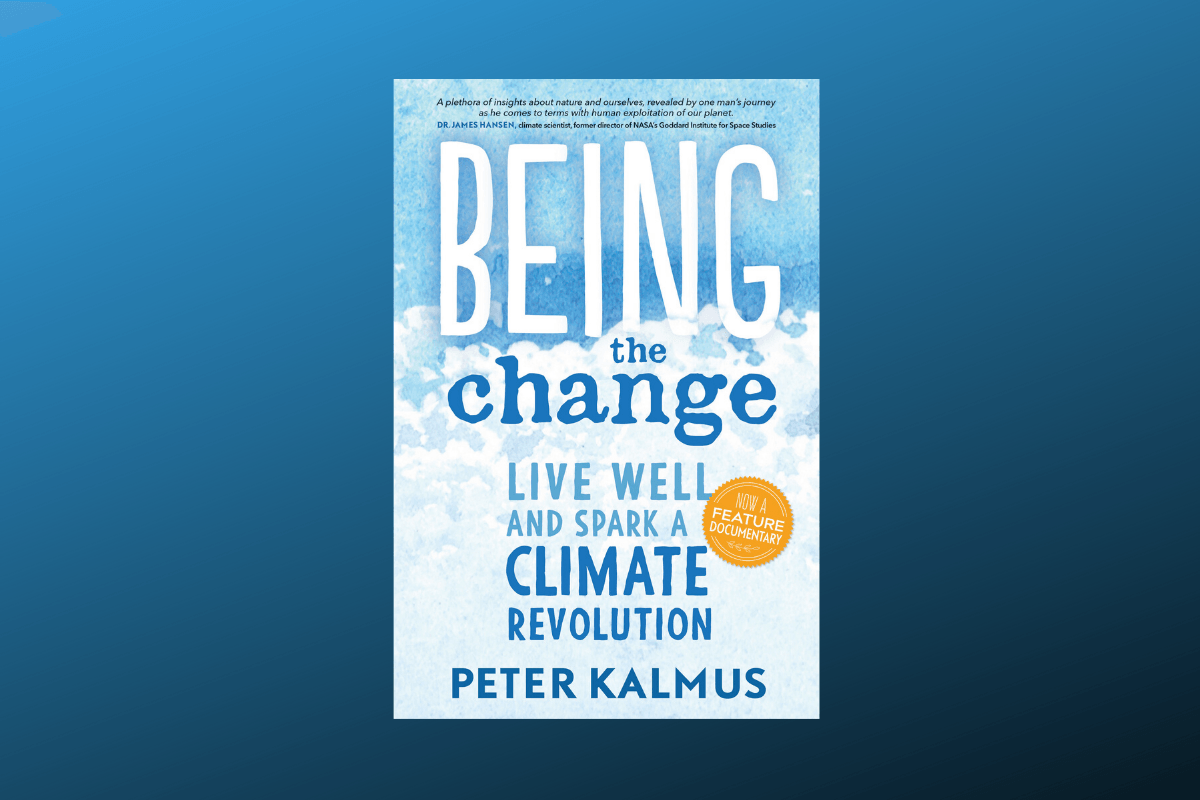 Being the Change: Live Well and Spark a Climate Revolution 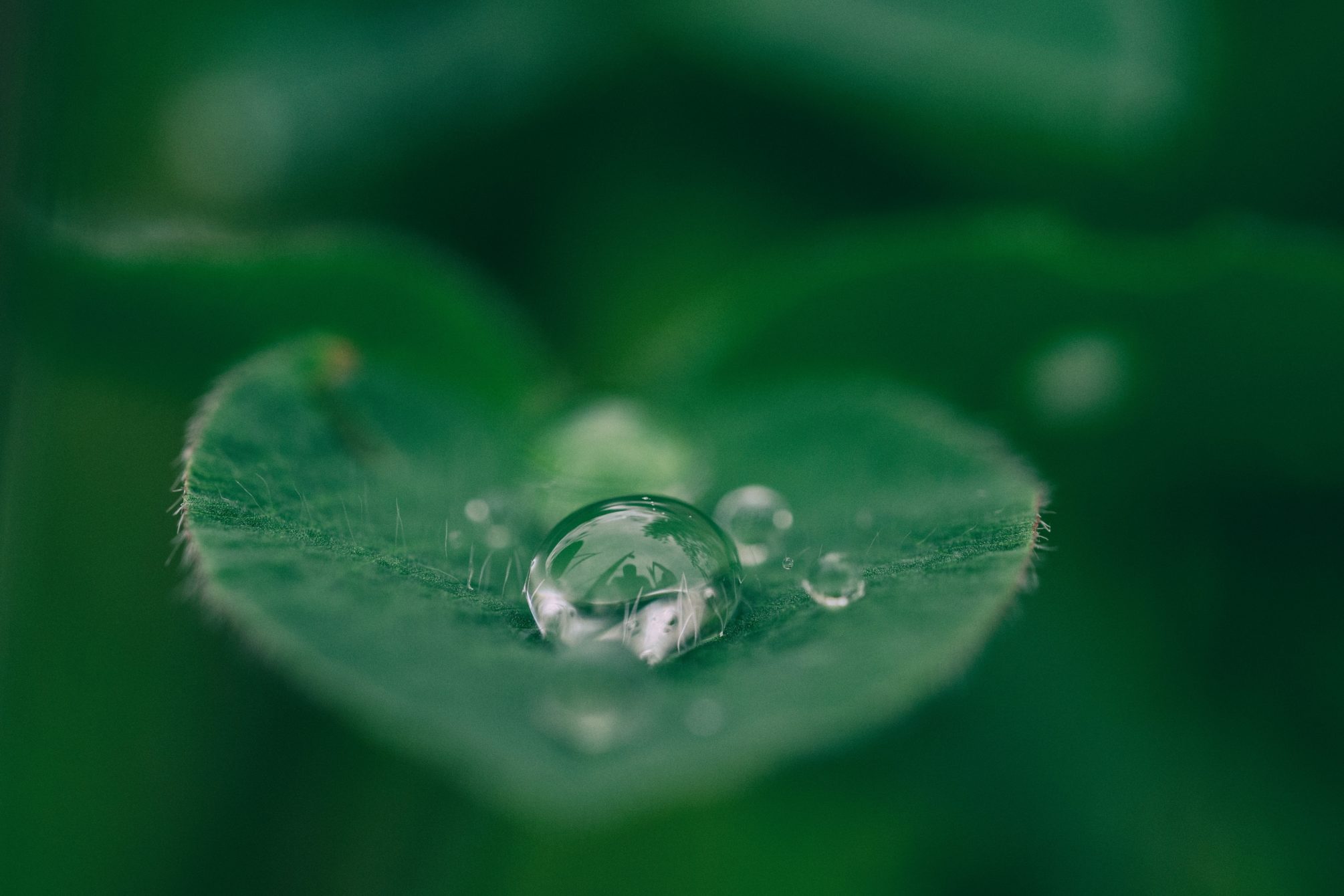