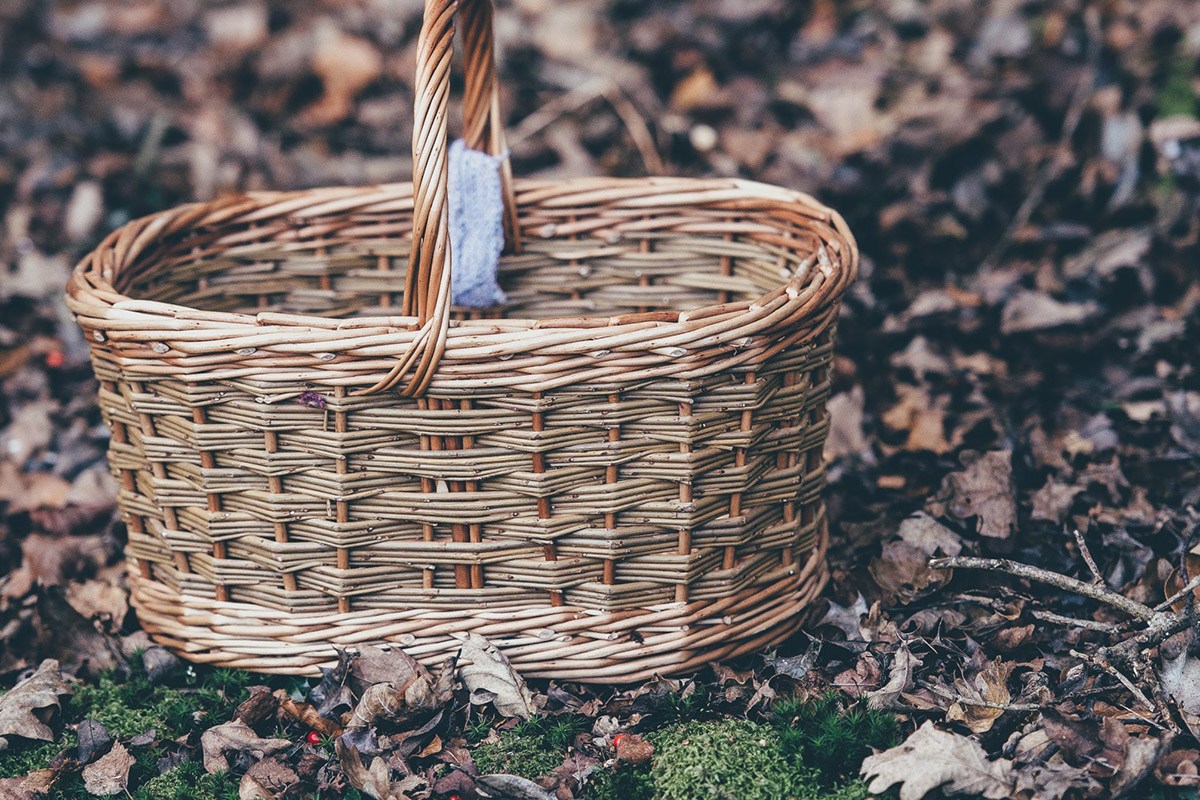 Interested in ethical issues like climate crisis, ecological collapse, animal welfare, and human rights? Looking to avoid problems like child labor or unfair working conditions for garment workers? Would you rather see a world full of ethical supply chains, fair trade, and respect for animal rights? Well, it sounds like you’re passionate about ethical consumerism – and you’ve come to the right place!

What is Ethical Consumerism?

Here’s a definition of ethical consumerism from the Encyclopaedia Britannica:

“Ethical consumerism, form of political activism based on the premise that purchasers in markets consume not only goods but also, implicitly, the process used to produce them. From the point of view of ethical consumerism, consumption is a political act that sanctions the values embodied in a product’s manufacture. By choosing certain products over others, or even whether to purchase at all, consumers can embrace or reject particular environmental and labor practices and make other value claims based on the ethical values they hold.”

It’s important to note the choice of words in this definition; make no mistake that taking the time to consider ethical issues and making an effort to purchase ethical products is a very effective form of activism.

Many have the idea that purchasing decisions are trivial and make little difference in the world. Au contraire! Consumer choices – whether supporting ethical companies, or boycotting brands that violate human rights or have a poor track record on animal welfare – are paramount to fixing our planet.

Consumer activism is underestimated as far as it can impact the world around us, whether it’s corrupted supply chains or impact on climate change. So what real-world changes can ethical consumption effect?

The most immediate way that ethical consumerism impacts the world is via the law of supply and demand. Whenever you engage in boycotting unethical brands and/or your purchasing decisions actively support ethical products, the primary impact is on the demand for these products. When you make an effort to avoid buying fashion brands that are rooted in the fast fashion industry, you are voting for better working conditions for garment workers.

If you do eat eggs and dairy, then opting for organic and free-range products (in the US, choose organic or pasture-raised, as “free-range” is not a regulated term) is a vote for an improvement in animal rights. Those are the obvious advantages, but there are also other, less obvious advantages to ethical consumption outlined in this chain of events:

That’s the real revelation in all of this: ethical consumerism is good for your soul.

There are various facets to ethical consumerism and it’s natural for people to get into it for different reasons. Some might become vegan or vegetarian out of concern for animal welfare and/or climate change; switching to a plant-based diet has long been an entry point into the area of ethical consumerism. If motivated by concerns over animal rights, then a natural extension of that would be to avoid products that involve animal testing.

Others may begin their journey from a more human-centric perspective, perhaps becoming outraged over stories about child labor and other human rights violations, or may simply desire that everyone have a living wage. Some may snap out of typical consumer behavior that revolves around shopping for their favorite fashion brands after hearing stories about fast fashion and the fate of garment workers. Others become motivated to reduce packaging waste after reading articles or seeing images that illustrate the extent of our ocean plastic problem. Then there are those who have simply had enough of the consumer life and want to embrace minimalism.

To give a personal example, for decades I wore Converse Chuck Taylor High Tops because they were one of the few vegetarian shoes available back in the 1980s. Over the years I learned more about the materials we use and how rubber sustainably tapped from trees in the Amazon can be a more ethical alternative to rubber made from petroleum. Now, although I still think that Converse shoes are better than average in terms of ethics, I’d say that Veja (which supports rubber tappers in the Amazon) is a more ethical company.

To take another example, I was once satisfied with soap that was vegetarian and made by a company that avoids animal testing. Now that my awareness has expanded, I’ve realized that I can take things up a notch by buying soap that, besides being vegetarian and free from animal testing, is also packaging-free and made by a company (such as Alaffia) whose business model includes fair trade ingredients and a strong stance on workers’ rights.

Although you may come across articles listing different types of ethical consumerism, for example positive buying and boycotts, it really boils down to the same action: supporting companies that you believe are good for the planet and society, and avoiding the rest. As the previous section suggests, many people start out specializing in one area of ethical consumption, whether plant-based, cruelty-free, organic, or zero-waste, etc.

A good starting point is to establish a set of values that are important to you, and then keep these criteria in mind whenever you do consumer research. The next step, and this is the tricky part, is to figure out which companies best meet those values. There are various tools available to help you make your ethical purchasing decisions, the most obvious being certifications such as fair trade, organic, B Corporation, 1% for the Planet, Global Organic Textile Standard, etc.

Ethical consumerism guides such as those here on ethical.net are also good resources – for example, this guide to sustainable fabrics. The Green Stars Project provides guidance on issues related to ethical consumerism, and helps you get started on making the best choices for yourself. Ultimately, you need to do a little research, and it’s important that you share what you’ve found so that we can really get this ethical consumerism movement going!

There are those who say that ethical consumerism is a privilege for the wealthy. There may be cases where this is true: for example, if you’re barely covering rent for your apartment in New York and really can’t afford the higher prices for organic veggies. However, this is often just a story that’s circulated to let us off the hook.

In reality, being an ethical consumer is cheaper than being a regular consumer the vast majority of the time. For example, eating veggies instead of meat, buying bulk food to avoid packaging, repairing clothing instead of replacing it, and just consuming less stuff! Others sometimes argue that your time is better spent campaigning for change or supporting nonprofit organizations.

However, these actions are not mutually exclusive to ethical consumerism; supporting animal rights or a living wage though consumer behavior are strategies that complement political actions. You have to make consumer choices on food, clothing, and other essentials anyway – why not make ethical choices, to the best of your ability?

There’s another argument against ethical consumerism, and it’s usually stated as follows:

There is no such thing as ethical consumerism under capitalism.

What is this supposed to mean? Well, here’s a summary of the points this statement is attempting to make:

1. A capitalist society that’s built on economic growth does not put a lot of value in ethical principles.
2. The majority of brands that dominate the market are owned by only a few corporations.

So, the first point is claiming that as long as we live in a free market, companies will exploit the planet and people to gain an advantage in the market (profit, sales). This has generally been true over the last few centuries of commerce, largely driven by corporate exploitation of cheap resources and labor in developing countries.

However, the very point of ethical consumerism is to deal with this problem; to create a culture where we place a higher value on ethical principles. Corporations, in their continual pursuit of higher sales revenue, have no option but to adapt to consumer needs. That has always been the case, whether in response to boycotts or negative press and public perception.

The goal of ethical consumerism is to encourage ethical practices through higher sales so that eventually our economic growth model becomes a triple bottom line: profit, people, and planet.

The second point above, that a few corporations dominate our options, is certainly true. However, it’s not an argument against the efficacy of ethical consumerism – actually, it’s a perfectly good argument for why we need ethical consumerism. Certainly, large corporations like Nestlé and PepsiCo dominate our food space (while others like P&G and Unilever dominate a range of spaces from food to cosmetics and detergents), and it’s also true that a lot of these corporations could do better, ethically.

For example, check out Oxfam’s scorecard for the Big 10 food companies shown in the image above. There are smaller companies making ethical alternatives to the major brands shown above, covering essentials from soap, toothpaste, and household cleaners, to more discretionary items like chewing gum and coffee.

The fact that our supermarket shelves are dominated by a few massive corporations with mediocre or downright lousy ethical track records is not an argument against ethical consumerism. On the contrary, it’s actually a key reason to seek out and support the alternatives: smaller, mission-driven, triple-bottom-line companies that are attempting to improve our planet and society.

Ethical consumerism is one of the most fundamental form of activism. Detractors will argue that it’s only for the wealthy or that it’s not possible under capitalism. In response to the first argument, some ethical products are more expensive, but many of the key things that we can do to be more ethical (plant-based diets, home cooking, thrift store clothing, repairing and repurposing items, consuming less) reduce our expenses to the extent that an ethical lifestyle should always be cheaper overall.

In response to the second argument, as covered above, ethical consumerism is exactly what we need to remedy a capitalistic society that’s based on a model of growth at any cost. We don’t have a choice on whether to consume or not; the only choice is whether or not we want to make our decisions count towards the greater good.