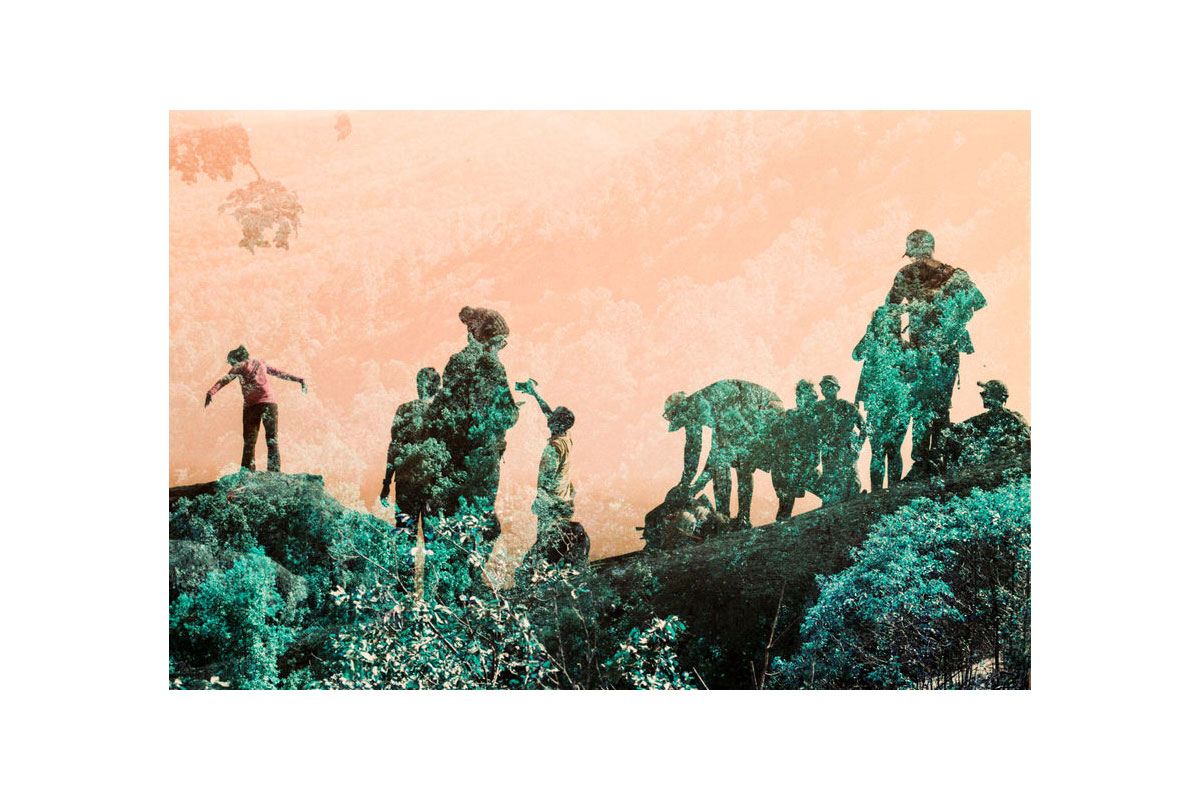 Although “ethics” is commonly equated with a set of rules or principles for right conduct, deep ethics has more to do with a simple humility toward others – an attentive openness not just toward other persons but toward the inexhaustible otherness of the manifold beings that compose this earthly world.

When we consider the palpable earth around us as though it were an object – when we conceive of nature merely as an objective set of mechanical processes – we tacitly remove ourselves from the world we inhabit. We pretend that we are not palpable creatures co-evolved with the rest of earthly life, but are rather disembodied minds pondering reality from a godlike position outside that reality. In this manner, we free ourselves from any responsibility to the rest of nature; we give ourselves license to engage other animals, plants, and natural elements as a set of resources waiting to be used by us, as a clutch of fixed and finished entities waiting to be manipulated and engineered to suit our purposes. To look upon any entity only as an object is to sever the possibility of real relationship with that being, and so to forestall any need for ethical reflection.

If, however, we acknowledge the myriad presences around us not as objects but as subjects in their own right — as open-ended beings with their own inherent spontaneity and active agency — then we swiftly become aware of the relationships that we sustain with those beings. For only then, when we recognize the things we experience as sensitive beings like ourselves, do we notice that we inhabit a common world. And in truth, it is not only the other animals and the plants with whom we actively share this world; it is also mountains and rivers and stormclouds, the asphalt street underfoot and the wind surging through the skyscrapers…Every aspect of the sensuous surroundings can be experienced as an active, animate power, able to sense the beings around it and to influence them in turn.

When we speak of earthly nature in this manner, not as a collection of passive and determinate objects but as a community of living subjects, then we straightaway begin to feel ourselves as members of this community, and to wonder about the quality of our relations with the other beings in our neighborhood.

The intuition that we inhabit a breathing cosmos – the awareness that the sensible things around us are, like our own creaturely bodies, sensitive and perhaps even sentient powers – is common to the discourse of virtually every indigenous, traditionally oral culture. For in the absence of intervening technologies, the unaided human senses cannot help but encounter the world as a tangle of animate, expressive beings. Since we are corporeal creatures thoroughly embedded in the sensuous cosmos, we can encounter things only from our limited angle or perspective. We never experience another entity in its totality – we can never completely penetrate or plumb the secrets of another being.

Each thing that we perceive has its accessible aspects and its hidden aspects, its bright facets that capture our attention and its unseen dimensions that lure us deeper into participation. Hence our perception of any presence is not an instantaneous event but rather an unfolding dynamic – a living interchange wherein a thing first “catches” our eye, or subtly beckons to our body, to which we reply by focusing our gaze upon it, or reaching out to touch it, whereupon the other replies by revealing some further facet of itself, and so we are drawn ever deeper into dialog with the unique allurement of this boulder or that fungus-ridden tree stump. Direct sensory perception reveals the things around us not as inert or inanimate chunks of matter but as enigmatic, elemental presences with whom we find ourselves in relation.

To speak of the world as a clutch of inanimate and mechanical objects is therefore to deny our real experience; it is to avoid, and to stifle, our spontaneous, sensory encounter with the world in favor of a set of mental abstractions. It is a way of speaking, and thinking, that closes our animal senses.

To speak of the earth, on the other hand, as a living field of relationships between beings – each being with its own openness or creativity — is to speak in accordance with our senses, and with our spontaneous bodily experience of the world around us. It is a way of speaking, and of thinking, that enhances our sensory rapport with the sensuous terrain; a way that holds us in conscious relation to the elemental realities that enfold us. By acknowledging the inherent ambiguity and mystery of the myriad beings that surround us (by acknowledging that we can never fathom all the secrets of even a single blade of grass) such a way of thinking engenders humility, and a steady wonder – the exuberant heart of a wild ethics.

At this curious moment in the world’s unfolding, when human violence toward other humans is matched only by our violence toward the living earth – with terrestrial and oceanic ecosystems rapidly collapsing under the weight of our steady assaults, and with countless species tumbling into oblivion as a result of our arrogant disregard – it is now evident that our own species must undergo a sea change if anything of beauty is to survive.

If we wish to bring humankind into a new reciprocity with the rest of the biosphere, then we will need to release ourselves from the tyranny of outmoded concepts, and remember ourselves as a part of this breathing planet. We’ll need to renew our felt experience of the land as a complex of sensitive and sentient powers, as a boisterous community of beings in which our own lives are participant, and to which we are beholden. This primordial form of experience, which returns us from the pretense of disembodied detachment to our corporeal situation in the midst of the here and now, engenders a new respect and restraint in all our actions. Divesting ourselves of our abstractions, acknowledging the enigmatic otherness that things display when we meet them in the depth of the present moment, enables an attentive and ethical comportment in all our endeavors, an empathic attunement to our surroundings and a compassionate intention to do least harm.

For too long we humans have withheld our allegiance from the sustaining earth, reserving our faith only for a mystery assumed to reside entirely beyond the sensuous. To return to our senses is to remember an older, indigenous faith that we have never completely lost – our breathing body’s implicit faith in the solid ground underfoot and the renewal of light every dawn, its faith in mountains and rivers and the cyclical return of the salmon, in the silent germination of seeds and the unseen, imperturbable wind. It is this animal fidelity to the breathing earth, so easily overlooked or forgotten, that unites us with countless other species – and it remains the ground of every lasting ethic between persons, and between peoples. A faith in the wild and shadowed goodness of the Earth.