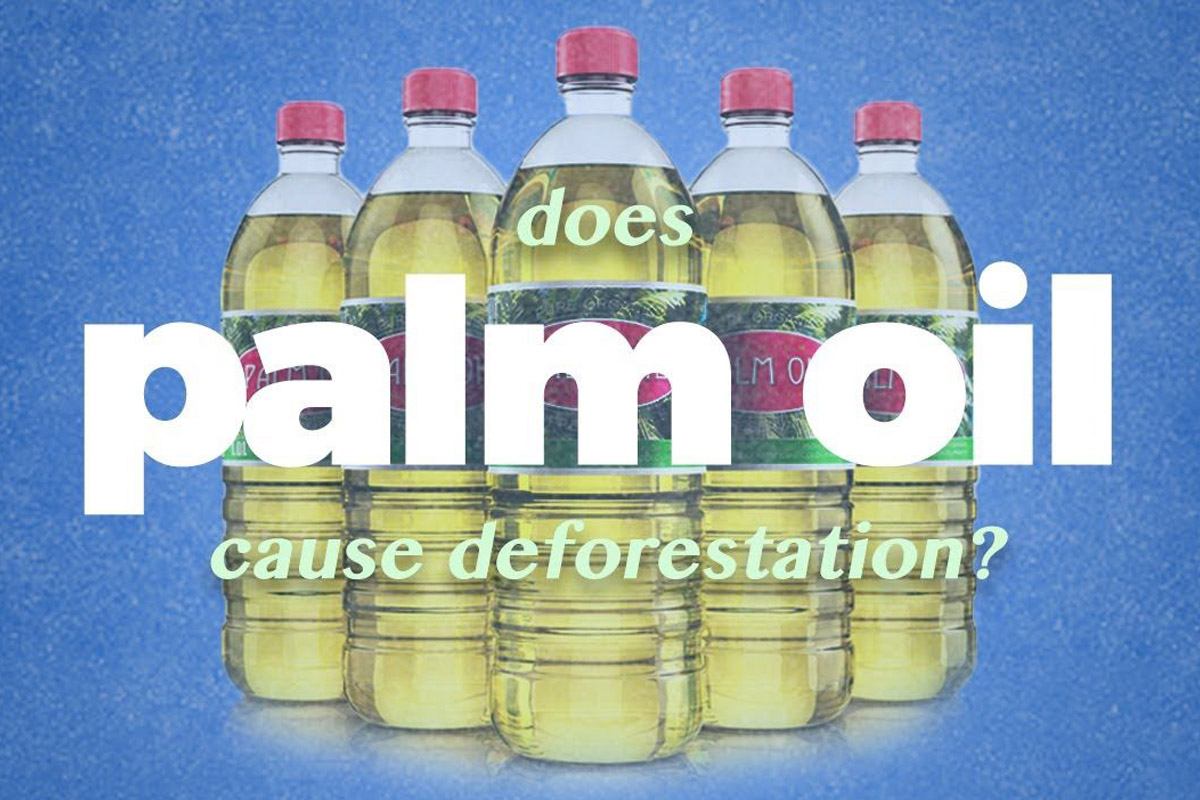 Known for the oil its fruits produce, oil palms are consuming the countryside and rainforests of Indonesia and Malaysia at a shocking pace. This massive terraforming endeavor is all happening to satisfy demand from Western countries hooked on palm oil’s ability to replace more costly alternatives, and product spending from shampoos to pizza doughs.

👉 If you look closely, palm oil is everywhere. Yet it can often disguise itself with sneaky aliases on ingredient lists. The ubiquity of palm oil has become such a hot button issue that the European Union decided to ban subsidies of palm oil and biofuels by 2020.

This post is part of a new series created by ethical.net in partnership with Our Changing Climate: an environmental YouTube channel that explores the intersections of social, political, climatic, and food-based issues. Get early access and support this important research by becoming a patreon.

The oil is shrouded in controversy and skepticism and I want to know whether the environmental impact of palm oil consumption warrants these drastic measures and whether boycotting or banning palm oil is a reasonable solution.

While palm oil often ends up in products consumed mostly in the US and Europe, the story of palm oil’s environmental devastation lies rooted in Indonesia and Malaysia. Combined, these two countries satisfy 90% of the global demand for palm oil.

👉 Through a medley of small land holders and large corporations, rural land has been transformed into an oil palm monocropping factory.

According to one analysis, from 1990 to 2010, 9.6 million hectares of land were converted to industrial oil palm farms in Indonesia, Malaysia and Papua New Guinea.

That being said, the makeup of the land before conversion varied widely, and as a result, the environmental impacts of this massive land transformation is contextual.

One study conducted by Forest Watch Indonesia claims that while some of this deforestation is government-sanctioned, almost 50% of the natural forest loss is located outside of land zoned for logging or production. And it’s this act of rapidly terraforming forest land into neat rows of oil palms that has led to a backlash against palm oil products. ❌

Not only is the loss of rainforest a problem due to the subsequent loss of the ability to sequester large amounts of carbon, but it also means the destruction of rich biodiverse habitats, and often the easiest and cheapest way to ready large swaths of forest for production is through burning. In the case of trees, this compounds the environmentally damaging act of clear cutting by releasing large amounts of carbon into the atmosphere via smoke.

👉 Another peer review study on oil palm deforestation found that between 1990 and 2010, net carbon dioxide emissions from land use change due to oil palm plantations increased from 92 to 184 teragrams of carbon dioxide per year in Indonesia, Malaysia, and Papua New Guinea.

That’s an increase of the equivalent of roughly 36,000 Olympic sized swimming pools of carbon dioxide more per year.

The draining and burning of peatlands

Besides the deforestation of primary forests and rainforests, the draining and burning of peatlands in Southeast Asia has caused huge problems for the environment and atmosphere. Peatlands act like sponges for carbon dioxide, soaking up and storing large quantities of CO2 and their waterlogged low oxygen environments.

But when oil palm producers drain the swamps and burn the remaining foliage to establish their crops, this carbon sequestration reverses, and releases all of that carbon back into the atmosphere. ☁️

This destructive process has led to a sharp decline of peatlands in Indonesia and Malaysia. According to a study published in Frontiers in Ecology and the Environment, Southeast Asian peatlands could disappear by 2030 if the rate of oil palm farming continues. ❌

The (not so) sustainable biofuels

Ironically, one of the main drivers of this rampant proliferation of oil palm plantations in Southeast Asia is the desire for sustainable biofuels in Europe, or rather, it was until very recently. Europe has long sought to replace their emissions-heavy diesel fuel with something a little more clean burning. Their solution was biofuels, chief of which was palm oil.

Although the EU’s cars appear to be less emissions-heavy with biofuels in use, the true consequences of their supposed environmentalism lay halfway across the world and razed forests and burned peatlands. 🚗

So, their sustainable fuel initiative was not really sustainable at all. As a result, the European Commission banned palm oil biofuel subsidies in March of 2019. While this is a step forward in slowing the boom of slash-and-burn oil palm plantations in Southeast Asia, it also means a strong blow to small holder farmers relying on the expanding palm oil industry.

The Guardian interviewed 66-year-old oil palm farmer, Hussein Mohammad, who decried the EU’s choice to draw down their consumption of palm oil biofuels. He says, “I have spent all my money on the palm oil farm; I’ve recently planted new trees that will last for the next 25 years and my whole family relies on this. It’s how my kids afford to study.”

So while independent small farmers represent only a portion of oil palm production with the rest being owned by much larger corporations, this decision could upend their livelihoods. In a sense, the EU’s flip-flopping on palm oil has manufactured a boom and bust process for smaller farmers who’ve invested their future in palm oil plantations.

The point here is this: Palm oil production is indeed tied to environmentally harmful practices like clear cutting rainforests and draining and burning peatlands. And for that reason, our global consumption of palm oil needs to be minimized or at least driven into a slower, more sustainable model that considers the environmental impacts of land use before tearing apart beneficial forests. ✔️

However, extracting ourselves from this process is a complicated matter that can exact negative consequences on independent growers and wage laborers now dependent on the Southeast Asian palm oil production industry.

As the primary consumers of this oil, Europe in the United States have driven the demand for, and ultimately the reckless piece of palm oil production in Indonesia and Malaysia. As a result, simply banning palm oils is not enough.

In an official statement, the World Wildlife Fund argues that rather than boycotting, working from within to establish environmental best practices for oil palm growers is the best way forward. There’s definitely some truth to the statement. Because when done right, oil palms can yield the highest amount of oil per acre of land, and if Western countries drastically decrease their demand for palm oil, that could bring a harsh disaster for many now reliant on a Western thirst for the oil.

Ultimately, the palm oil industry is now at the whims of economically and politically powerful countries, and is just one of many industries that sacrifices environmental health and the well-being of poor and marginalized communities in pursuit of profits.

👎 When it comes down to it, the problems of the palm oil industry are symptoms of a much larger problem that there are countries who get to dictate global economies, and those countries don’t operate on an ethic of environmental or social care, but rather one of domination and exploitation.

1. The Devastating Effects Of The World’s Palm Oil Addiction (Journeyman Pictures via YouTube)
2. Once a Dream Fuel, Palm Oil May Be an Eco-Nightmare (New York Times)
3. Which Everyday Products Contain Palm Oil? (WWF)
4. Why palm oil boycotts are not as helpful as they might seem (WWF)
5. The Palm Oil Global Value Chain (Pacheco et al.)
6. Environmental and Social Impacts of Oil Palm Plantations and their Implications for Biofuel Production in Indonesia (Obidzinski et al.)
7. How palm oil ban has made the EU a dirty word in Malaysia (The Guardian)
8. Half of Indonesia’s deforestation occurs outside concession areas (Mongabay)
9. Two decades of destruction in Southeast Asia’s peat swamp forests (Miettinen et al.)