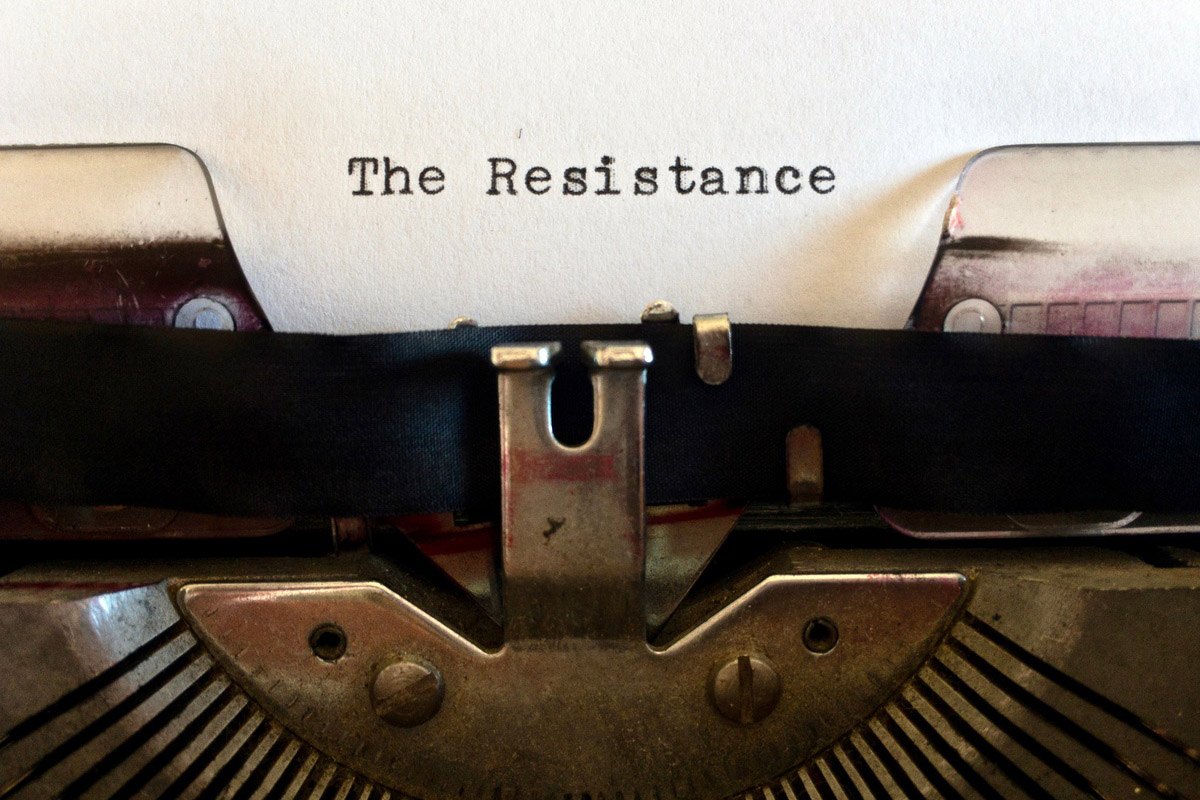 These grassroots movements begin small and local, but have the potential to grow and significantly influence the political discourse, swerve inadequately informed policy, and push for inclusive decisions. And they do this by working on the frontline to deliver for their communities and/or their causes.

Remember 2016 and Bernie Sanders’ presidential campaign? That campaign has been deemed by some as a grassroots campaign because of its focus on small donations, massive rallies, and other grassroots style politicking methods.
You hear grassroots overused in politics these days, as more “ordinary” people donate and get involved in campaigns run by political parties. This is a positive change and the basis of a healthy functioning democracy, but it’s a slightly different story, as we aim to focus the conversation below on the grassroots outside politics.

Some grassroots organisations call themselves not-for-profit, non-governmental, or charities, citizen and community groups, artist projects, but as long as they serve a community, started small, and aren’t affiliated with for-profit corporations or other such bodies, they’re grassroots (this is my working definition, feel free to comment and suggest other definitions!). Those studying social movements can better explain the fluid aspects of the grassroots movements, their strengths, weaknesses, and consistencies.

Talking about wrong affiliations, astroturf is a term referring to those grassroots-based citizen groups or coalitions that are primarily conceived, created and/or funded by corporations, industry trade associations, political interests or public relations firms.

In other words, these larger organisations create the smaller ones (so-called grassroots) creating “an impression of widespread grassroots support for a policy, individual, or product, where little such support exists. Multiple online identities and fake pressure groups are used to mislead the public into believing that the position of the astroturfer is the commonly held view.” (Guardian)

A taste of grassroots activism

Below we want to give you a taste of the inspiring work some of the grassroots activists do, and encourage you to join or support grassroots organisations close to your heart (if you don’t do it already) and life principles, as your support is most welcome in challenging times like these. With this selection we aimed to cover a variety of causes of special interest these days.

From re-establishing a relationship with water, climate justice, pollution, or poverty, to policy changes and direct action, the myriad of themes and causes in the grassroots movement is impressive and inspiring. The grassroots should be a force in any participatory democracy, and when they transcend their community and the borders of their countries, they manage to tackle major global issues, like divesting from fossil fuels, globally.

If you feel powerless as one individual – who doesn’t want to join a political party – you can rely on and add your voice to your community.

💡 Grassroots organisations are usually born in local communities where people are confronted with issues that affect the very fabric of their livelihoods.

The story of grassroots movements is the story of people making the most of their right to have a voice outside political elections. It’s a story of great achievements, some of the most important in the history of humanity. Just think about the civil rights movement, and the suffragette movement, and you’ll know what I’m talking about.

It’s about people empowering themselves and giving their community and cause a voice. The right to congregate and belong to such organisations is not universal. There are countries where such organisations are banned or strictly controlled by local authorities.

Author and activist Bill McKibben considered “the non-violent movement” as one of most important technologies to create positive change in troubled times, like the one we’re living through now. With most politicians sticking to personal agendas and corporations (and their lobbyists) more powerful than ever, the existence of a strong social movement can be a game changer.

McKibben thinks that the non-violent social movements are neither decisive nor immediately powerful, but they are transformative, and the power they wield is human in scale. At this point, we can make a significant difference by coming together. Time is of the essence too. One individual can start a movement, but for that movement to grow, it needs as many people as possible.

“… a bulldozer for reshaping the zeitgest. That’s the job of movements.”– Bill McKibben (from Falter: Has the Human Game Began to Play Itself Out? )

How can you help grassroots organisations?

These grassroots organisations depend on supporters, members, activists, affiliates and donors. They self-organise, and members of the community contribute by taking responsibility and acting in the name of their community. So, there you have it: you can volunteer, become an active member, take action, donate money if you can afford to, or add your skills to the organisation.

Today we share a few grassroots organisations that caught our eye. They’re mainly UK-based, but working on global causes and supported by networks of activists scattered around the world.

This is to encourage and help you find an organization to support or join. We also hope this is the beginning of a much-needed conversation about the power of communities and the change they can bring.

In case you are already part of such a community group that wants to reach out and collaborate, you might find a perfect fit below.

Probably the most representative example of far-reaching and powerful movement of non-violent civil disobedience of 2019. XR don’t need much of an introduction after the display of direct action we witnessed (or were active part of) in the streets of London and other cities and towns around the world (see: they started small and got big fast).

With all the headlines and waves they’d made this past April for 11 days straight, do bear in mind that this was not a one-off initiative. They organise in small groups connected in a complex web that’s constantly evolving as the organisation grows and learns.

You can join this “participatory, decentralised, and inclusive” rebellion and help with the skills you have. And that’s not limited to joining the street protests – unless you want to!

Want to get involved? “… find an Extinction Rebellion group near you. If you can’t find what you’re looking for see our Resources section for information on how to start your own group.”

In their own words: “We are unprepared for the danger our future holds. We face floods, wildfires, extreme weather, crop failure, mass displacement and the breakdown of society. The time for denial is over. It is time to act. Conventional approaches of voting, lobbying, petitions and protest have failed because powerful political and economic interests prevent change. Our strategy is therefore one of non-violent, disruptive civil disobedience – a rebellion. Historical evidence shows that we need the involvement of 3.5% of the population to succeed – in the UK that’s about 2 million people.”

👉 Further read: Extinction Rebellion’s “regenerative culture” could be just as revolutionary as its demands.

Transition is a grassroots movement made up of people; transition groups and initiatives, transition hubs, and the transition charity. These communities are coming together because the huge challenges facing the world today (climate change, social inequality, economic decline and so on) feel more manageable if addressed at local scale.

Transition have been doing this important work since 2005. As you’ll see, it’s all about the power of communities, an approach that has spread to over 50 countries, and reaches towns, villages, cities, universities, and schools.

In practice, they are reclaiming the economy, sparking entrepreneurship, reimagining work, reskilling themselves and weaving webs of connection and support.

In their own words: “It is about communities stepping up to address the big challenges they face by starting local. By coming together, they are able to crowd-source solutions. They seek to nurture a caring culture, one focused on supporting each other, both as groups or as wider communities.”

Who could refuse this invitation?! “Are you feeling curious? Critical? Excited? Daunted? The Transition movement is made up of people like you who are already feeling the benefit of connecting with others to take care of themselves, their community and the planet. Let us help you take the next step.”

This is a self-proclaimed experiment in ethical and sustainable business which works in partnership with local artists, and community groups based in Hackney (borough of London, UK). Its involvement in the life of the local community and their projects make them an exciting experiment in the grassroots landscape.

Grow also manages to be a financially sustainable enterprise in London whilst paying London Living Wage and using eco-electricity. Wherever possible they use eco-cleaning and recycled products, source locally and sustainably, work in partnership with independent and ethical enterprises, use organic and fairtrade, offer free entry events to share music, art and community workshops.

👉 Find out more about their financially sustainable enterprise.

They’re surrounded by the new developments of Hackney Wick – so holding down the independent fort while finding sustainable solutions to their grassroots experiment is even harder. Any support, even as a visitor, can make a difference in this case.

In their own words: “Grow is an independent and self-organised eco-system of studios and a creative space with bars and a kitchen created out of an old sausage factory by the River Lea in Hackney Wick.”

Keepers of the Water

This non-for-profit organisation – founded and directed by environmental artist Betsy Damon – is at the vanguard of integrated approaches to a vast complexity of water issues. It functions as a cross-cultural resource encouraging art, science and community projects for the understanding and remediation of living water systems.

In their own words: “Water is the foundation of life. Water must be the foundation of planning and design. With that philosophy, our mission is to increase the number of living water systems throughout the world.”

War on Want is part of a movement of people who are committed to global justice, and work directly with inspirational grassroots groups on the front line of the battle against poverty and injustice.

They have tens of thousands of members, supporters and activists who give their time and money, including those joining forces in the social movements, trade unions and workers’ organisations that are partners and allies. They pride themselves on the fact that they are a charity, but not an aid agency and they don’t impose solutions to poverty.

In their own words: “We listen to the voices of our partners and allies, acting to enable those at the frontline of poverty and human rights violation – for long term solutions and real change. We believe poverty is caused by the political choices made by powerful elites: governments, wealthy corporations and others.”

👉 There are many ways you can get involved and join their fight against greed and oppression. Here’s what you can do.

This project is about using activist education to build capacity, impact and resilience in progressive social movements across Europe for personal and collective empowerment. They offer trainings, a residential training centre, collaboration and innovation, while looking for systemic responses to systemic challenges.

👉 Find out more about their work here.

In their own words: “The Ulex Project provides high-quality training for activists, change makers, and organisations. We take an integral approach – combining personal, inter-personal and political transformation.”

We know we’re just scratching the surface with the organisations listed above, but they cover some important areas of interest these days – from climate justice to sustainable development, community empowering, and regenerative activism. But do let us know the grassroots organisations you’re rooting for, belong to, run, plan to create or occasionally support. We’d like to hear from you – this is an important topic!

✏️ Note: We’ll keep updating this list over the coming months. Feel free to add your suggestions in the comments. Thank you! 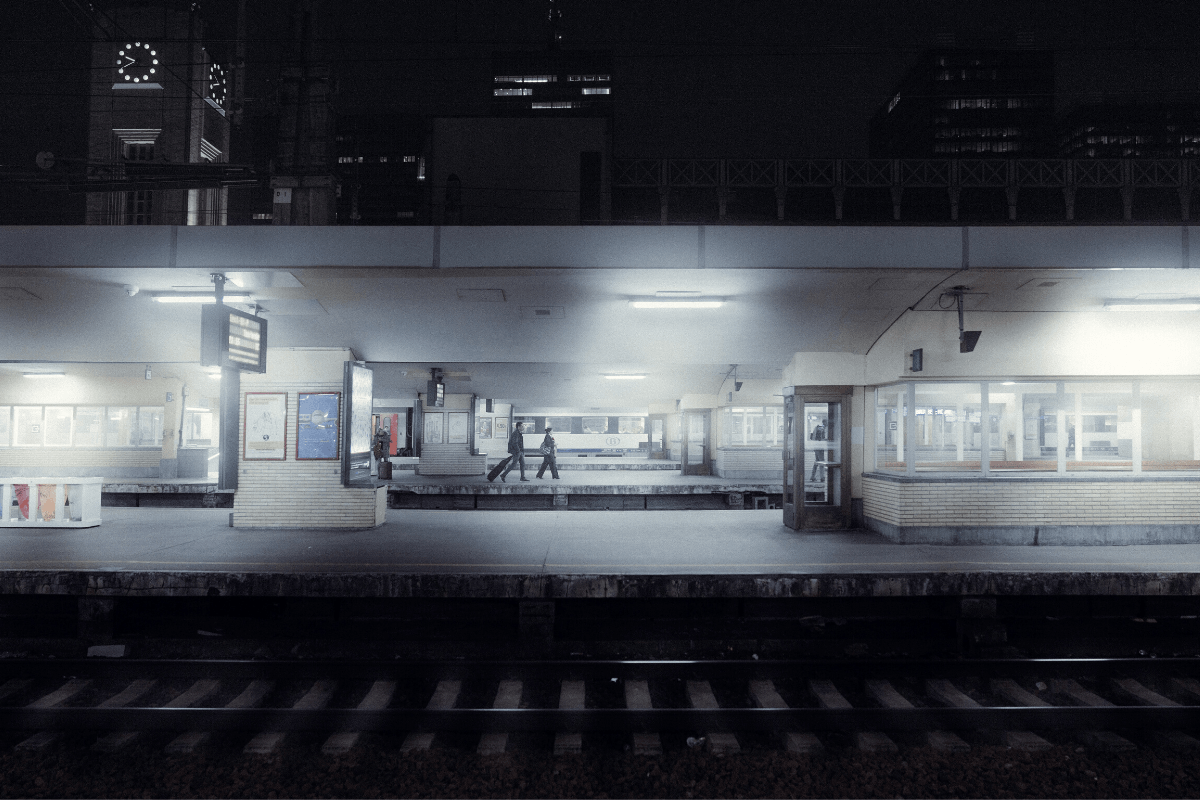 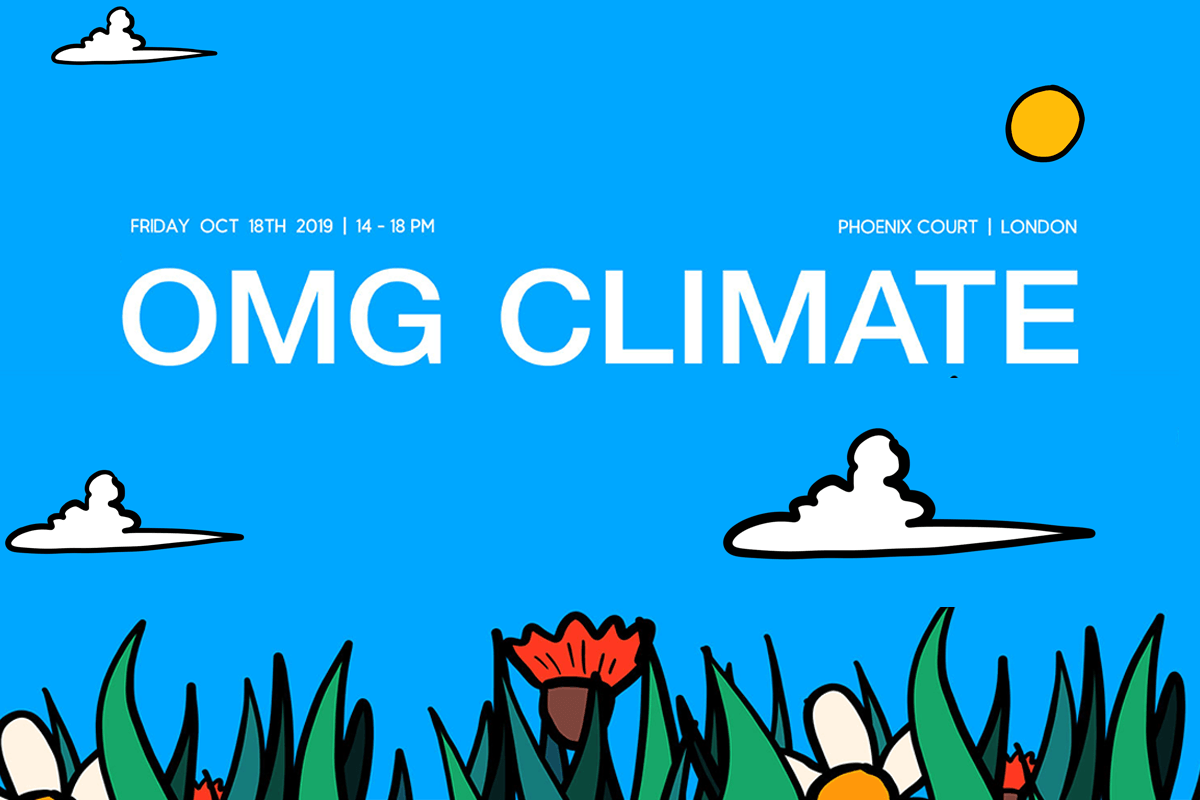 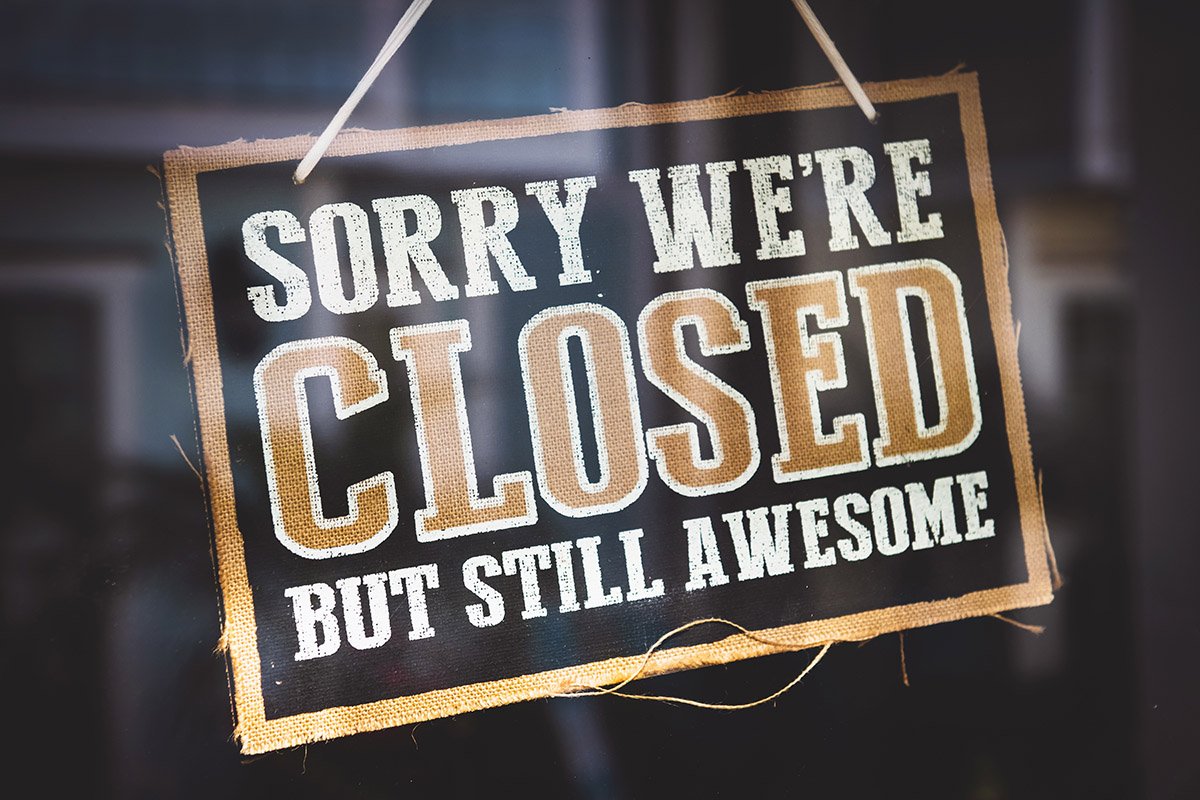