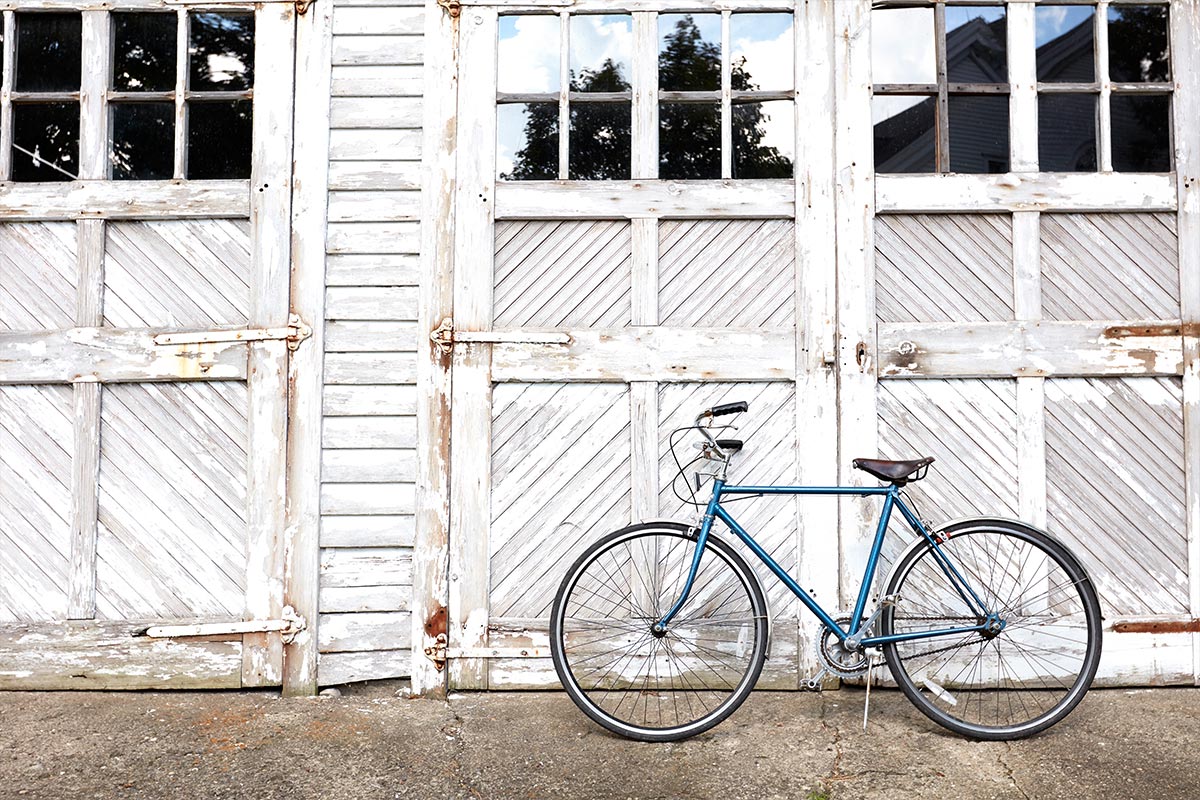 This past April, activist Greta Thunberg made headlines as she spoke at environmental events across Europe. But the hubbub wasn’t just because she’s a teenage sensation whose campaigning is inspiring figures from the Pope the Obama – it was because her international journey was done entirely by train.

But she’s not the only one opting for travel without flying. As Sweden experienced devastating forest fires and their hottest days on record last year (in 256 years of gathering data), many in the country have begun questioning the habits that contribute to climate crisis: flying first and foremost.

The sentiment is starting to spread. This year, Flight Free UK – a campaign asking people to take collective responsibility not to fly throughout 2020 – hopes to receive around 100,000 signatures. And a campaign called “A Free Ride” is pushing to introduce a frequent flyer levy, shifting the burden of compensating for air travel onto wealthy frequent flier.

All of this uproar over flying is for good reason. It’s the most environmentally negligent way to travel – if aviation were a country, it would be the seventh largest polluter in the world, with emissions at 1.83lbs per passenger mile. It gets worse: although flying makes up about 2% of current greenhouse gas emissions, it’s set to grow by 16% by 2050, making it the fastest growing source of emissions.

With the situation so dire, there’s little choice but to begin transitioning to other means of travel. When planning your next trip, consider these alternative ways to get around – and cut down your carbon footprint astronomically.

Train is one the most environmentally friendly ways you can travel; according to American Union of Concerned Scientists, the emissions of train travel are roughly 0.41lbs per passenger mile (again, for flying, that’s 1.83lbs).

The EcoPassenger site estimates the CO2 emissions of these common routes as follows:

The Man in Seat 61 is a brilliant resource: train travel guru Mark Smith has put together info on everything from buying train tickets to country specific guides (from Austria to Azerbaijan), and even a guide on getting from Europe to Australia without flying. His train travel in Europe guide is a must read.

Train travel can be expensive, but booking early can get you prices like:

Eurostar, German and Austrian railways open bookings up to 180 days ahead; the majority of other European trains open 90-120 days prior. Prices are lowest mid-week, with Fridays and Sundays generally most expensive.

For timetables, Smith recommends Germany’s Bahn website; if you’d prefer to consult a printed timetable, the European Rail Timetable (published since 1873!) is your best bet. And although no one site sells tickets for every European operator, Loco2.com comes close, covering France, Spain, Germany and Austria and Italy.

You’ve probably heard of interrailing; the train pass that gives European citizens and residents unlimited travel on all trains run by participating operators across Europe. A global travel pass, allowing 10 days of travel over 2 months, comes in at:

That may not seem cheap at first glance, but it averages out at €40 per day to travel anywhere in Europe (although note that you’ll still need to pay reservation fees for many trains, like the Eurostar).

Guided or organised train tours are another holiday possibility; recommended providers are:

At 1.17lbs of CO2 per passenger mile, cars aren’t exactly an environmentally friendly way to travel. In fact, for one or two passengers traveling 1000+ miles, it can be more eco-friendly to fly, even first class, than to drive a typical car or SUV.

But for shorter trips, of c.100 miles, it’s still preferable to drive (even a gas guzzler).

Ecopassenger puts the CO2 emissions of driving as follows:

Is there any way to make driving more eco-friendly?

There are a couple of steps you can take if you want to lessen the impact of travelling by car somewhat:

At just .017lbs of CO2/passenger mile, buses are a super environmentally friendly way to travel!

There are plenty of providers offering low-cost coach travel; Megabus and National Express are stalwart services within the UK, and Eurolines and FlixBus run extensive routes throughout Europe.

Booking a month in advance will get you prices like:

Like interrailing, passes for extensive bus travel are available. The Eurolines pass, for example, allows unlimited travel to 49 countries over 15 or 30 days.

Busabout offer a “hop-on, hop-off” service around Europe and its major cities, departing every other day from May-October: but be aware that buses are often oversubscribed!

Coach tours are a carbon bargain; and contrary to popular belief, they’re not just for old people! Contiki put on coach trips for 18-35 year olds that get famously rowdy, although they’re a little on the pricey side – a 13-day Berlin to Budapest trip will set you back c.€1500.

The carbon emissions of boat travel naturally depends upon the size and type of boat; however, you can be sure that larger ships are horrible for the environment, particularly cruise ships.

German environmental NGO NABU campaigns for the cleanup of the industry, on the grounds that cruise ships use heavy fuel oil for their engines – a fuel that, on lands, would have to be disposed of as hazardous waste, as it contains 3,500 times more sulphur than the diesel used for land traffic vehicles.

As the ships don’t have the emission abatement technologies (like diesel particulate filters or SCR-catalysts) that are a standard in passenger cars, they release huge amounts of black carbon, sulphur dioxides and nitrogen oxides into the atmosphere. Blown far across the world, NABU claims these substances contribute to:

That being said, smaller boats are certainly preferable to flying. Ferries (for which there’s surprisingly little environmental impact data) can be booked at Direct Ferries or Aferry; rent your own boats from Boating Europe or Le Boat.

What about this cargo ship cruise trend?

Recently, there’s been a lot of buzz about cargo ship cruises – literally, taking a cabin aboard a freighter that’s transporting goods across the ocean. Wired even claimed cargo ship cruising could be “the ultimate carbon saving tip”.

It’s touted as an exciting, unique and authentic way to see the sea and the world – without all the brouhaha that comes with your standard cruise ship. With only a few others on board, passengers spend their time bonding, relaxing, reading and stargazing.

But how can cargo cruises be considered eco-friendly, when these huge ships run on the same dirty fuel as cruise liners?

Well, cargo cruisers claim that per item transported, ships are more efficient than any other mode of freight transport. According to Verband Deutscher Reeder (the German association of shipping companies), container ships emit 15g of CO2 per ton of cargo per KM, compared to:

Cruise ships, by contrast, emit 200-400g CO2 per KM per passenger – whereas, the argument goes, the weight of one person in relation to thousands of tons of cargo, on a ship that’s going to be travelling anyway, is infinitesimal.

If you’re convinced by this argument, you can browse and book through Freighter Expeditions or Maris Freighter Cruises. The former offer European cruises from, for instance:

As you can see, prices aren’t exactly cheap; and although conditions on board are pleasant, you’re not exactly travelling in the lap of luxury (the Germany to Poland route notes that your view “may be blocked by containers”).

It’s also important to note that:

The environmental impact of cycling is, as you would expect, minimal; even making bikes is many times cleaner than making cars.

If you have your own bike (or rent one from somewhere like CycleEurope) you can consider plotting your own route using the EuroVelo paths managed by the European Cyclists Federation; a network of 15 long-distance routes across Europe, they’re free to be used by tourists and locals alike.

Cycling tours – where the itinerary and schedule are organised by a company for you, and you’re often provided with a guide – are also an option. The Guardian’s Top 10 include:

If you have to fly…

Sometimes, whether it’s due to money concerns or family emergencies, flying is unavoidable. In that case, there’s a couple of steps you can take to mitigate the environmental impact of your trip. To be clear: nothing can truly counterbalance the carbon cost. But something’s always better than nothing!:

Enjoy a holiday without flying!

Many of the increasing number of people joining the no-fly movement say that they don’t feel like they’re losing anything; instead, they’re gaining new experiences – a better appreciation of their country and their neighboring countries; more adventurous journeys; closer encounters with nature; more time spent enjoying travelling with their loved ones.

So instead of booking that trusty, cheap flight to Mallorca this year, look into some of these flying alternatives – and let us know where you end up!

We had electric cars in 1900… Then this happened