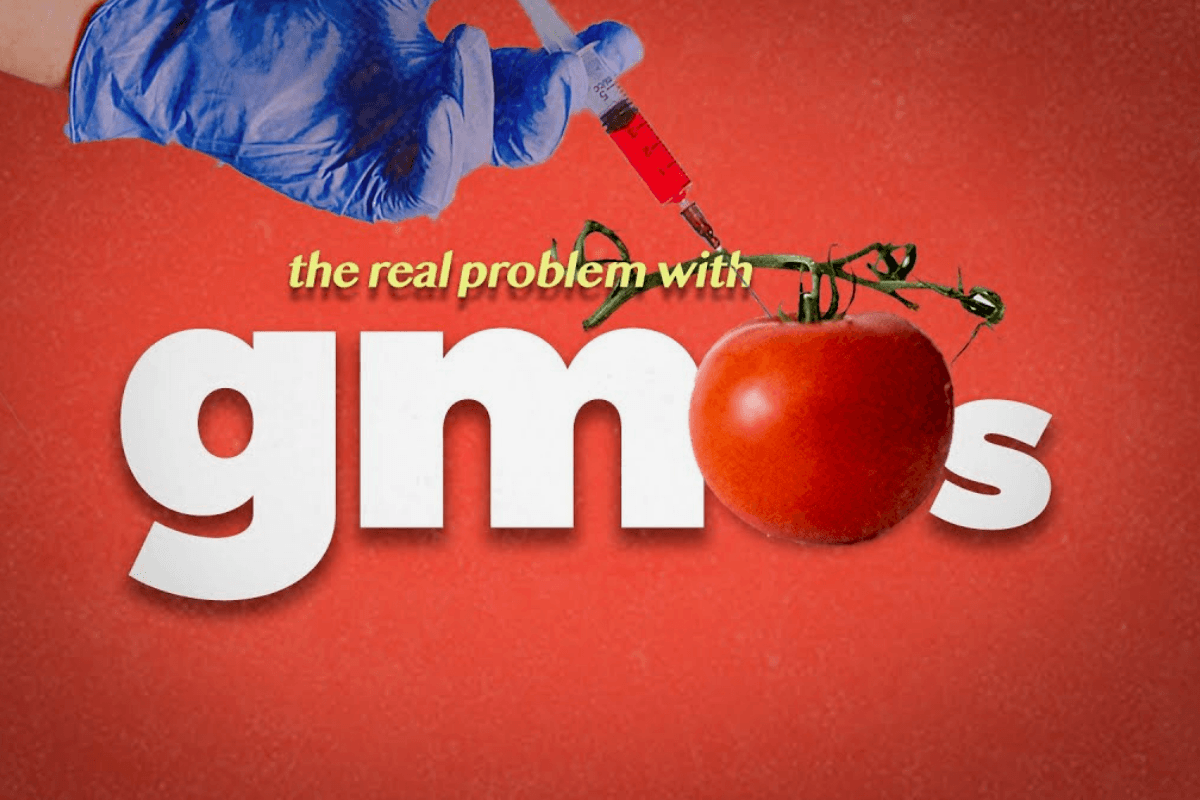 On a crisp day in early August, 50 activists tore down a fence. They stormed through the barricade in the Bicol Region of the Philippines and ran towards the rice field beyond it. Then, to the shock of onlookers, the group began to tear out the rice plants by the handful. They did this not because they were hungry or had any desire to eat the grain – in fact, their motive was the opposite.

The activists sought to destroy the crops because the plants were part of a field-test of the genetically modified plant golden rice. A strain that scientists claimed would help cure blindness in young children by supplying them with necessary vitamin A. If this genetically modified golden rice was so beneficial, why then was that group of protestors in the Philippines angry enough to rip it from the ground?

Today we’re not only going to figure out exactly why genetically modified organisms like golden rice have inspired such hatred and have devolved into polarised debates, but we’re also going to dig down underneath this debate to understand the real consequences of GMOs in our modern food system.

What is a GMO?

GMO or genetically modified organisms can refer to a lot of things, but in the case of food, it refers to crops that have had their genes specifically altered to express a certain trait.

In very simple terms, this means taking a certain gene from one organism, like one for repelling insects, and transferring that trait into a plant’s DNA sequence so that the plant expresses an insect-repelling trait as it grows.

While genetic modification of crops has existed since the birth of agriculture, this new form of genetic engineering is a bit different.

🍎 In the past, if a farmer wanted to create a sweeter apple, for example, they would need to breed two apple trees with sweet traits and hope the next generation might produce even sweeter fruits. The process requires luck and years of persistence.

🍏 Gene editing, on the other hand, is much more precise. It uses specific genes from one organism to modify the genetic code of another. You know exactly what trait will be expressed.

But the process of gene editing in organisms is not new – in fact, it’s been honed and tested for more than 40 years, and over those years genetic modification has become easier and more precise as the technology advances. So, why then has genetically modified food become so controversial?

Why is genetically modified food controversial?

The debate, quickly recapped. That conversation on the Indian news network NDTV epitomises the GMO debate. Full of passion and, at times, hyperbole. Often, it seems like there is very little common ground in the genetic-modification debate.

Indeed, in 2015, a Pew research poll found that in the US, only 37% of adults believed that GMOs were safe to eat. A percentage which stands in stark opposition to 88% of scientists from the American Association for the Advancement of Science who believe GMOs are safe.

In part, misinformation and politicisation. But, also, as we’ll see a little later on, fear of GMOs can also be fears of a much larger problem. First, though, let’s quickly look at the general outlines of the GMO debate.

On the anti-GMO side of the conversation lies those who view genetically modified food as mutated Frankenfood: poisonous crops that will harm humans if eaten.

These are extreme cases of a more nuanced conversation, but they are some of the core through-lines of the debate. Some of these claims, though, are just false.

For one, GMOs are not bad for your health, and they are not mutated Frankenfood. A meta-analysis of 698 studies found that all of the research concluded that, in terms of health, there have been no observable differences between genetically engineered and conventional foods.

And yes, while genetic engineering might help create more durable crops or drought-resistant varieties, they are by no means a panacea for world hunger or climate change.

There are only a handful of drought-resistant crops on the market right now, and most, like Bayer’s DT crops, only perform a couple of percentage points better than conventional crops – and that’s only in specific drought scenarios.

Also, as a whole, most GM crops in the US are commodity crops – used to create ethanol, to feed cows, or as base ingredients for products like high-fructose corn syrup. So, most of these crops are not solving a food shortage problem: instead, they’re adding unneeded products to the market, like corn syrups.

And considering that we waste one third of food produced every year, world hunger is not an issue of more or better food; it’s about infrastructure and logistics.

Genetically engineered crops have been used to do good, however, like in the case of the Hawaiian papaya. From the 1950s to the 1990s, Hawaiian papaya farms suffered a 50% drop in production as a result of the ringspot virus. Farms were decimated and their owners were reeling. But, in 1998, a new breed of papaya genetically modified to withstand the virus hit the market.

Called the Rainbow papaya, it began to replace conventional papaya plants for its durability in the face of the disease, and after a decade of use accounted for 75% of all Hawaiian papaya production.

The real problem with GMOs

So we know that GMOs are safe to use and, in some instances, can be applied in beneficial ways. Then what’s the issue? The real problem with GMOs is not actually GMOs themselves, but the industrial farming system behind them. We’re using GM foods to bolster an unsustainable system. One of the more popular GM varieties of crops in the US, Monsanto’s Roundup Ready seed, exemplifies this interwoven nature of GMOs and industrial agriculture.

From corn to soybeans to sugarbeats, the Roundup Ready plants are resistant to the herbicide glyphosate, which is commonly referred to as Roundup. This resistance means that farmers can indiscriminately spray their fields without worrying about damaging their crops. As a result, glyphosate use has skyrocketed in the US.

Toxic runoff from overspraying is causing dead zones throughout US waterways, and Monsanto, which is now owned by the German company Bayer, not only profits off of their Roundup Ready seeds, but receives bumper profits from the additional increase in glyphosate demand.

To top it off, companies like Bayer patent and restrict seed saving, claiming that the research and development of these seeds takes time and money. This means that not only are the seeds more expensive because one company has a monopoly on them, but also that once a farmer has bought seed, they’re not allowed to practice seed saving to cut costs in the next year.

The problem with GMOs, then, is that they allow a system in which just a few companies hold immense power over our food supply. Through that power these companies perpetuate a food system wherein highly toxic chemical sprays are the only solution to pests and weeds, just a few ‘perfect’ and ‘uniform’ crops trump a variety of diverse plants, and size is valued over taste. Real solutions or how we can actually feed the world.

Are there other solutions?

At the end of the day, GMOs are just a technology. They’re not a food system. 🍎

So, GMOs, like most technologies, can do good when used in a just, ethical, and sustainable manner. But, unfortunately, in our modern agricultural system, the history of GMOs is fraught with unsustainable applications, and they most often fall into the wrong hands.

Just four companies 👇 control more than 60% of the global seed market and, thus, can influence what food is grown.

GMOs, however, might be able to help us tackle issues like climate change by transferring traits from the American chestnut, a carbon-storage powerhouse, into other plants or crops, but this is a small part of a much larger, much needed overhaul of our food system. GMOs are not a silver bullet for climate change, hunger, or drought.

And while it is important to continue exploring genetic engineering, it’s equally essential to relearn and foster a more ethical relationship with our land and food.

In fact, for many of the problems GMOs seek to solve, we already have solutions.

represent just a few of the diverse paths forward, and not only are these techniques sustainable, they can also increase yields, create more durable crops, and suck carbon from the air.

👉 Within these systems, GMOs might have a place, but not until they are produced as public goods untethered from the bonds of patents and large multinational corporations. Genetically engineered plants should be seen as just one small addition to the collection of thousands of other rich varieties of crops in the world.

👉 Further Reading and Resources on GMOs