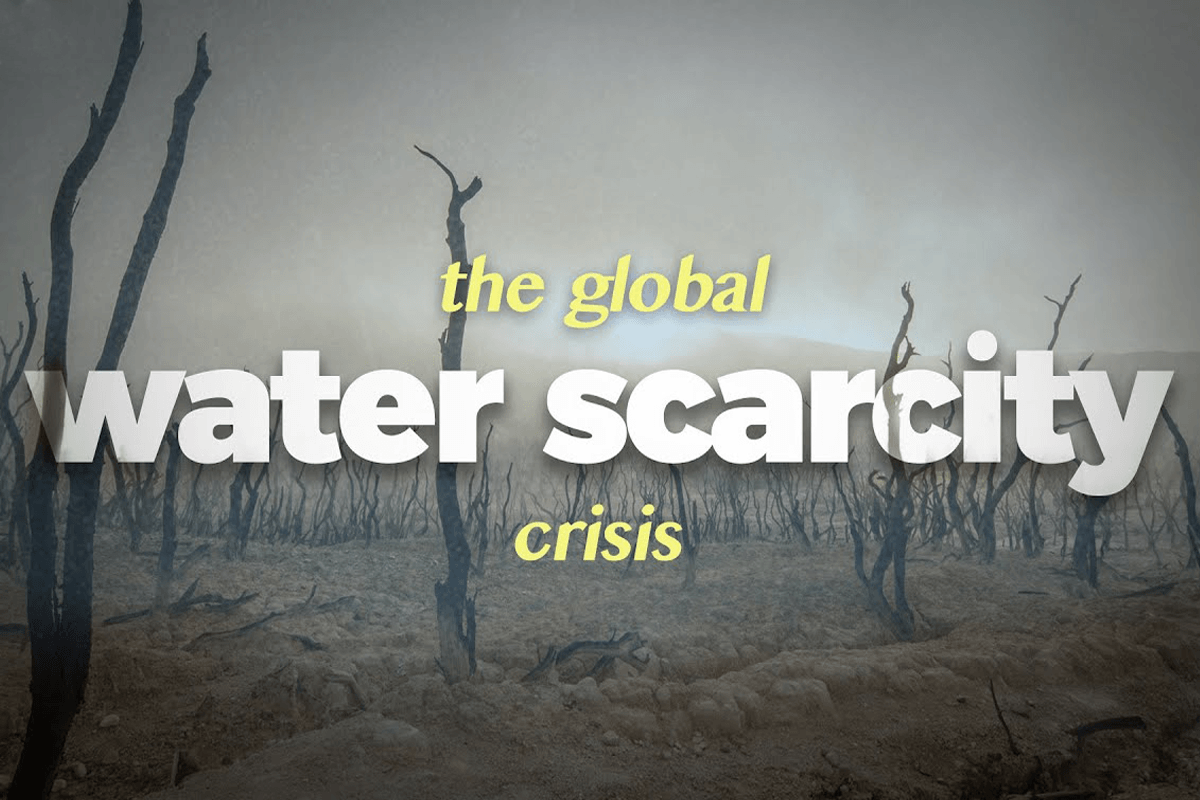 The Central Valley of California is one of the United States’ breadbaskets, or, more accurately, ‘produce’ baskets. For folks who live here, common-sense water conservation is second nature.

Linda, an agricultural labourer, has lived here all her life, and she carefully teaches her children to be conscious of their water usage. They use shorter showers and are careful with their tooth-brushing routines.

They know to give their unfinished drinking water to the house plants, and the family yard outside reflects an awareness of California’s increasingly dry climate: it’s an appealing rock garden, lined with cacti and succulents. Yet the surrounding tomato and almond farms where Linda has worked for the last 15 years are thirsty industries.

During the last several decades, as California has experienced an extended drought, the Central Valley has been forced to rely on groundwater, steadily drawing down the level of the water in the underlying aquifer. The drawdown has been so extreme, in fact, that the land above the aquifer is noticeably sinking.

Climate change is expected to make freshwater scarcity worse, both in the water-stressed Central Valley and around the world. Because when greenhouse gases accumulate and the atmosphere warms, the water cycle changes.

👉 With the rise of global temperatures comes the accelerated melting of sea ice and glaciers, which returns water that’s been locked up for thousands of years back into the dynamic water cycle.

Warmer temperatures lead both to greater evaporation of that newly introduced water, and an atmosphere that can hold more of that water as vapour.

👉 Because water vapour is a potent greenhouse gas, increased evaporation leads to increased warming, and so on: a phenomenon known as a positive feedback loop. And ultimately, as evaporation increases, so too does water scarcity.

On the other hand, increased amounts of atmospheric water vapour and heat energy can also combine to fuel events like hurricanes. It may seem counterintuitive, but big storms can actually intensify water scarcity.

📌 When too much water arrives all at once, much of it will simply run off, leaving aquifers unreplenished.

On top of all of that, a big hurricane can also cause extensive infrastructure damage and contamination that further worsens water scarcity. These global-scale phenomena have local consequences.

Individuals vs. the Industry

In California’s Central Valley, residents like Linda have seen first-hand how sustained drought has pitted individuals against industry in the struggle for a finite and critical resource: water.

The Central Valley grows the bulk of California’s produce and accounts for an estimated 12% of overall agricultural production in the US.

When the industry began to develop, California’s climate was much wetter. Through years of drought, however, the Central Valley has sustained its agriculture by drawing heavily on its aquifers and reservoirs. But, this diminishing water reserve is increasingly contaminated with agricultural byproducts like nitrate and arsenic, which concentrate into a potent concoction as the water level drops.

Linda is fully aware that her well-water is undrinkable. Even showering in the water gives her youngest daughter, Sara, a rash, and she currently relies on donations of potable water from a local non-profit. But that water never seems to be enough, which is one of the reasons she teaches her children to be so careful with water.

But Linda and her family are not alone; California’s current governor estimates that one million Californians have unsafe drinking water.

And this is just the beginning. Scientists expect climate change to exacerbate California’s droughts along with its fire seasons, which means it’s likely that the state’s water woes will only get worse.

Water Scarcity in the Amazon Rainforest

California isn’t alone in experiencing water scarcity. The Amazon rainforest has experienced unprecedented droughts in the last few years and the fires that roared through the system in 2019 are indicative of that dryness.

📌 The Amazon is important for many reasons — biodiversity, carbon storage, and culture — but the sheer volume of the forest and its component trees means that it drives its own weather system.

About half of the rainwater that falls on the Amazon is generated from transpiration by the trees themselves. Recent research has shown that large, mature trees withstand dry conditions better than the shorter agricultural vegetation that often replaces it following deforestation.

However, when exposed to sustained drought, even big trees die. Because trees play such an important role in the local water cycle, their loss is expected to fundamentally transform the Amazon ecosystem, with jungle eventually transforming into savannah. And the more trees lost, the worse the drought, which in turn stresses and kills more trees. It’s another positive feedback loop.

Unfortunately, there is also a third loop: when the bodies of the dead trees are decomposed, stored carbon is released back to the atmosphere, strengthening the greenhouse effect and further driving climate change.

This problem isn’t limited to the Central Valley and Amazon rainforest.

Most often this scarcity is exacerbated by poor distribution, management, and political practices, more so than by an overall global shortage of freshwater.

Humans have become larger consumers of water as our population has boomed over the last several decades, but consumption is not equitable.

👉 The agricultural industry is responsible for consuming almost 70% of the world’s freshwater, with large corporations that enjoy political and economic clout consuming heavily, as in the case of the produce companies who employ Linda in the California Central Valley.

There Linda and her community suffer the consequences of environmental and water mismanagement, while the agricultural industry continues to drain local aquifers.

But there are alternatives to our current practices: water-efficient solutions such as improved irrigation, cover-cropping, and agroforestry can help reduce agriculture’s drain on freshwater. ✔️

In addition, to protect the limited amount of freshwater we do have access to, we must regulate water pollution and improve wastewater treatment, all the while employing water recycling techniques with proper filtration and purification to conserve as much water as possible.

👉 With just two degrees Celsius of warming it’s estimated that 40% of the global population might be exposed to extreme water scarcity.

Climate change solutions then, like combining strategies to sequester carbon with those to reduce emissions, are water scarcity solutions.

These strategies, though, must require systemic socio-economic change to address the increasing demand for freshwater. They must tackle the problem at its source with policies to protect the rights of the people from industrial overuse.

Water scarcity is a recurring reality for the majority of the world’s population, and as climate change alters the water cycle and exacerbates extreme weather, it’s likely that more people will suffer.

Without transformative action, the water-saving techniques that Linda uses today will become the new normal for more and more people worldwide. For Linda and especially for her daughter, Sara, water shortages and contaminated water are all they know. Yet, there are ways forward.

Addressing climate change and alleviating water scarcity will require immense political action, as will ensuring that their consequences do not fall disproportionately on those who are most vulnerable. But for such a vital resource as water, the effort will be well worth it.